Retired Colonel Charles Halt says that he believes security personnel were secretly drugged and hypnotized after witnessing an extraordinary UFO event. Halt was the base commander of Bentwaters Royal Air Force base, where the UFO incident took place, while it was being leased by the USAF during the cold war. He made these statements on Open Minds Radio, an online radio program featuring news on the UFO phenomena and will be elaborating on his experience at the International UFO Congress in Scottsdale, Arizona next February.

While serving as Deputy Commander of RAF Bentwaters in 1980, Halt was made aware of a UFO investigation conducted by base security on the evening of December 26. Staff-sergeant James Penniston and two airmen went into nearby Rendlesham forest to investigate strange lights. They reported coming across a luminous triangular object that Penniston was able to approach and touch before it rose into the air and flew off at an incredible speed. Halt was skeptical of the encounter until the evening of December 28 when the strange lights returned. Halt investigated this sighting himself. Taking along a few servicemen, the group observed strange lights in the forest and luminous objects in the sky that moved abruptly and beamed lights onto the ground and into the base weapons storage area. In Leslie Kean’s recent best-selling book, UFOs: Generals, Pilots and Government Officials Go On the Record, Halt says that what they found in the forest that night was “something beyond our technology, judging from the speed of the objects, the way they moved and the angles they turned…” 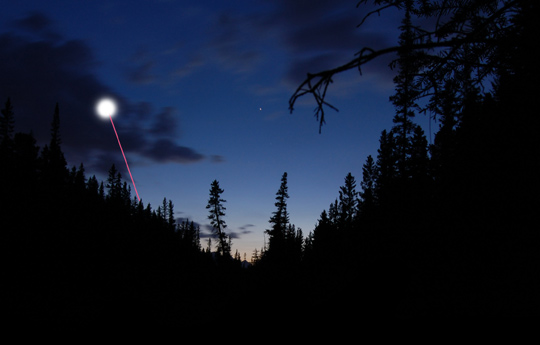 The Rendlesham forest is British territory so Halt’s superiors decided that the incident was the UK’s responsibility. However, Halt says he learned years later that “OSI [Office of Special Investigations] operatives harshly interrogated five young airmen…who were key witnesses.”  Halt says “the agents told them not to talk about the UFO events, or their careers would be in jeopardy.” And that “Drugs such as Sodium Pentothal…were administered during the interrogations…” His concern is that “the whole thing has had a damaging, and lasting, effects on the men involved.”

Halt is the highest ranking military officer to go public with an UFO encounter that occurred during his service and will be discussing this encounter at the International UFO Congress this February. Researcher Linda Mouton Howe will also be presenting her research regarding the Rendlesham forest incident and will be holding a Q and A session with Penniston along with one of the airmen who accompanied Penniston into the forest that fateful evening, John Burroughs. This month marks the 30th anniversary of the event.

From left: Nick Pope (Ex-UFO researcher for the British Ministry of Defence), James Penniston, Charles Halt. All three will be participating in the 2011 Internationl UFO Congress. (image credit: James Fox)

The UFO Congress is the largest gathering of UFO researchers and those interested in the phenomenon in the world. It boasts highly credible speakers, from retired military officers and scientists, to political figures such as an ex-minister of defence for Canada. It is being held February 23 to the 27, 2011 at the Radisson Fort McDowell resort in Scottsdale, Arizona.