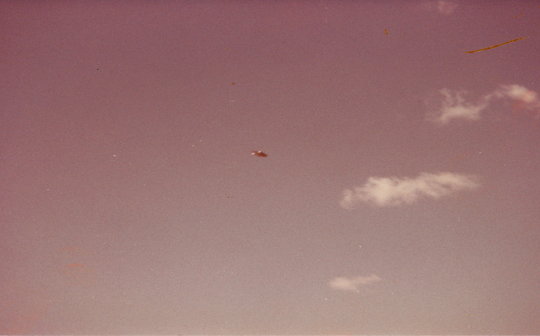 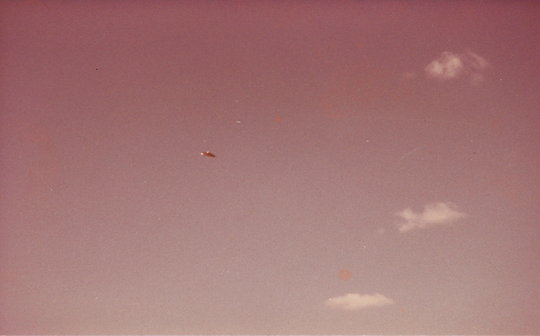 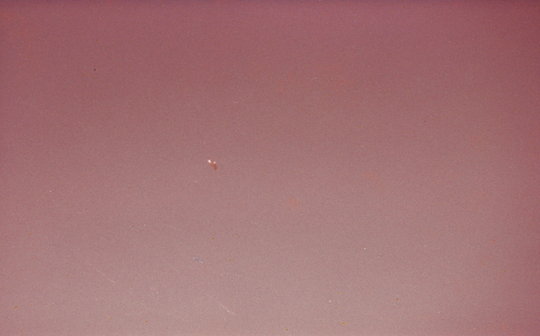 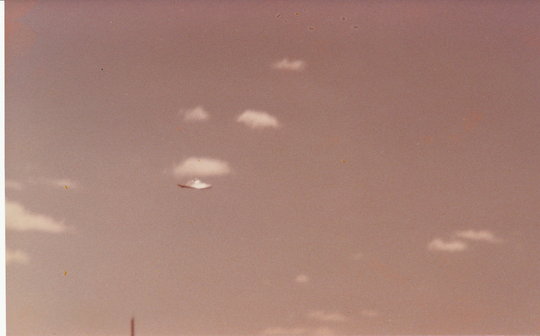 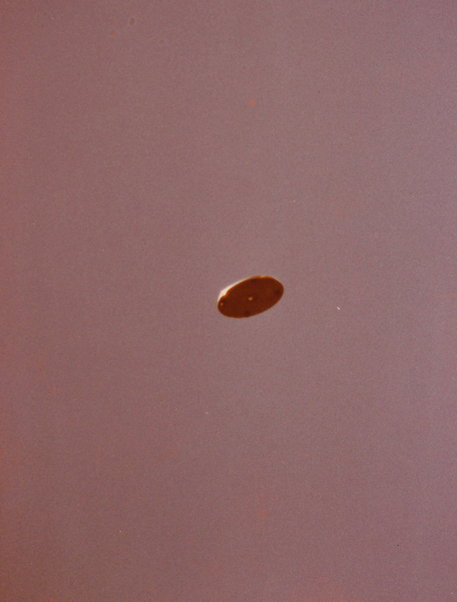 Photo #6: The object has now climbed back up into the sky as Mr. S. shoots this picture. 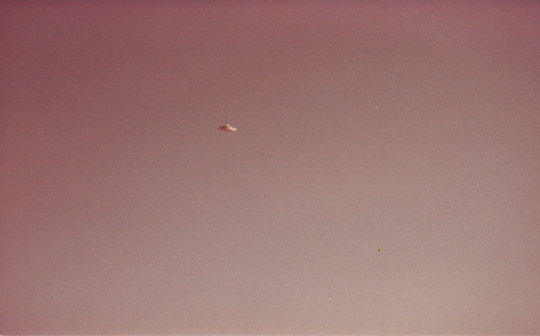 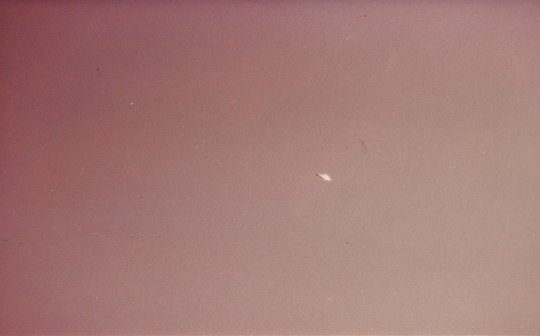