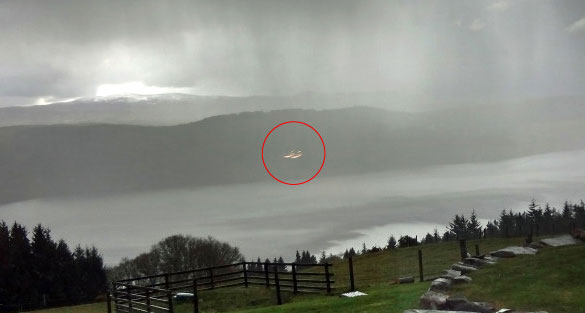 That’s right, UFOs have been photographed over the home of the Loch Ness Monster, who is more affectionately known as Nessie. A pair of strange objects appeared in a picture taken by vacationers in Loch Ness. Although the couple who took the picture are not UFO believers, they say they cannot explain what showed up in their picture. 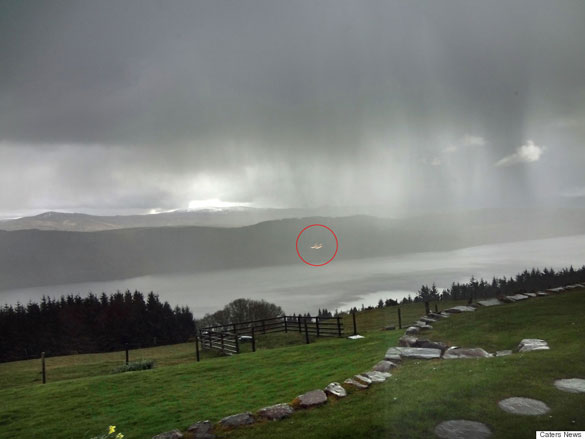 Alan and Anna Betts were vacationing with Anna’s parents in a holiday cottage near Urquhart Castle in April. The castle is a Nessie hunter hotspot, and according to The Huffington Post, there is even a live streaming camera mounted there where monster hunters can hunt for Nessie in the comfort of their own homes.

On the day the picture was taken, the vacationers say it had been raining, and when the rain stopped and the sun began to peak out of the clouds, Anna’s mother went out and snapped a picture of the landscape. No one had seen anything peculiar at the time.

However, in hindsight, Alan told Caters News Agency, “Our Akita dog, Yuka, was strangely unsettled that night, he never barks but I remember we were laughing at the time saying that he’d seen Nessie because he was looking outside from the cottage window and barking at the sky. We couldn’t see anything at that time though.” 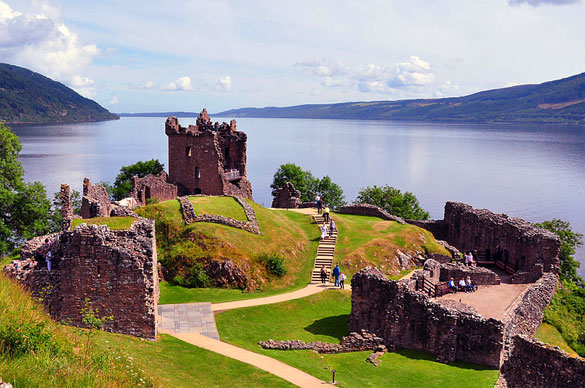 View northeast over the ruins of Urquhart Castle, looking up Loch Ness. The view is from the ruins of the keep. July 13, 2009. (Credit: Nilfanion/Wikimedia Commons)

It wasn’t until recently, while the Betts were reviewing their picture, that they noticed the odd objects over the Loch.

“After the holiday we were looking through the pictures on our PC, as they were taken on a digital camera,” Alan told Caters. “On the PC screen the resolution was better and it was only then we saw the objects, when we zoomed in we were in shock.”

“I can’t offer any logical explanation, I am probably one of the most sceptical people you could find about things like this but I just can’t explain what it is. I know what it looks like though.” 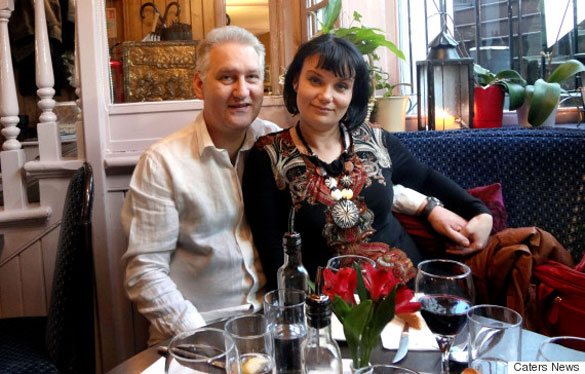 Alan says not only was he shocked, but so were Anna’s parents.

“We showed the pictures to Anna’s parents who were as shocked as us and her dad is probably more sceptical than me.”

Anna says she is less skeptical than her husband, although she has not been a UFO believer.

“Alan is quite skeptical about paranormal things in general. I am not,” Anna Betts told The Huffington Post in an email from the UK. “I believe in what human beings sometimes can’t see or explain. I am quite a spiritual person overall. However, I have been quite skeptical about UFOs in particular — up until now.”

She continued, “We can say 100 percent that the camera was perfectly fine. It was raining very heavily, there were no lights in the house to resemble the objects in any shape or form. We were also quite high up, about 900 feet over the lake. And our Akita dog was quite weird that day, barking into the sky.”

Anna told The Huffington Post that someone had commented that the picture could have been a reflection from the lights inside the cottage, but she says, “We never had a light on, but even if we did, it’s definitely not the shape, plus there are two exactly the same discs on the picture.” 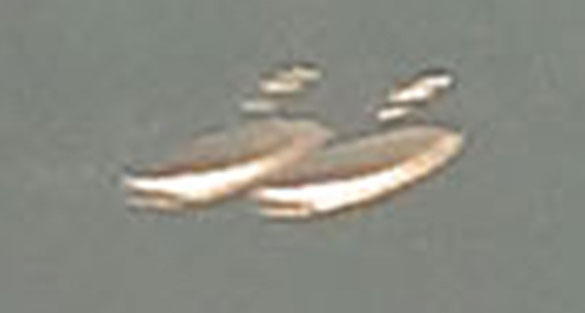 Other commenters have suggested that perhaps the objects are due to dirt or water either on the lens, or inside of it.

Anna says, ” We have pictures taken at the same time in almost the same spot with no camera faults or similar objects. Some think the reason we didn’t see them is that they were flying into the lake at a very high speed, invisible to a human eye, but somehow the camera caught it.”

However, Huffington Post commenter Steve Sommers argues, “The fact that the person taking the picture didn’t see the object is not indicative that it was traveling at high speed into the lake. It’s indicative that the ‘object’ was on the camera lens.”

UFOs zooming into Loch Ness or a messy camera lens? And what does Nessie think of this whole affair? The debate continues online. If you want to throw in your two cents, comment below or respond to the post on Facebook.

In the story, the witness claims the picture was taken outside. However, Mick West of Metabunk.org says he can see a reflection of window drapes in the picture, and believes he may have found the cottage that the Betts family stayed in, and the offending lamps that most likely were what caused a double reflection.

Maybe the witness was mistaken when thinking the picture was taken outside? Take a look at the Metabunk.org analysis and decide for yourself.

Thank you to Fin Handley on Facebook for making us aware of this article.