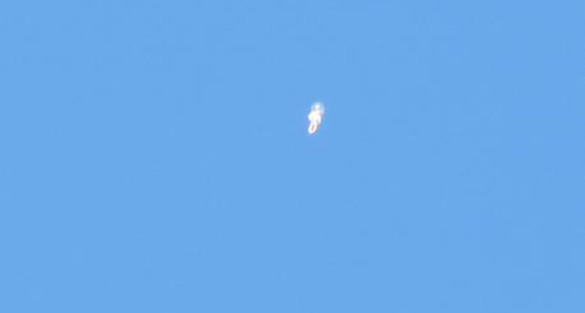 A resident of Cinnamon Brow sent a local newspaper an image of a strange object in the skies over his home. He and his wife saw several of the objects at first, but only one was left by the time he got his camera.

Mike Mayoux told This is Cheshire that he and his wife spotted the objects on Sunday at around 6 pm over their home in Cinnamon Brow, which is on the east side of Warrington, England. Mayoux says, “My wife saw two of them at first but I saw five before going inside to get the camera.”

However, Mayoux was not able to catch all five objects on camera. “By the time I came out with the camera, I could only see one left which I photographed using a superzoom camera at full zoom,” Mayoux said. 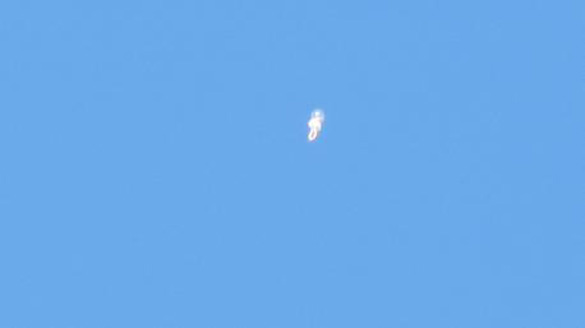 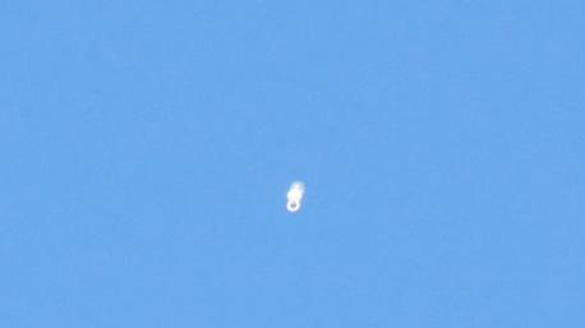 He continued, “I have no idea of what it is, nor am I saying it is UFO, just some strange objects in the sky which appeared to be moving very slowly but were very high… There’s probably a fully rational explanation but I would be interested in knowing what they were.”

Technically, the object is unidentified and was flying, so it is a UFO. However, I think what Mayoux means is that he is not suggesting it is an extraterrestrial spacecraft.

This is Cheshire asked readers to post their suggestions as to what Mayoux may have captured in these images, extraterrestrial spacecraft or otherwise. Although no one seemed to be convinced there were aliens flying around over Cinnamon Brow, there were suggestions of celebration balloons and weather balloons.

One comment said, “It could be a weather balloon.. the higher they go the more distorted their shape becomes due to the low pressure.”

There was another very interesting suggestion made in another comment. It said, “It’s a Dummy shaped balloon that looks like it’s been released maybe by accident. I had them for my daughters christening. Google dummy shaped balloons and you can see they are the same thing.”

I thought that was an out of the ordinary possibility, so I did Google dummy-shaped balloons. BTW, a “dummy” is a British term for what we would call a baby’s pacifier here in the U.S. 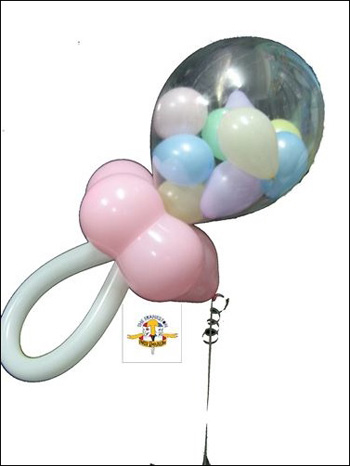 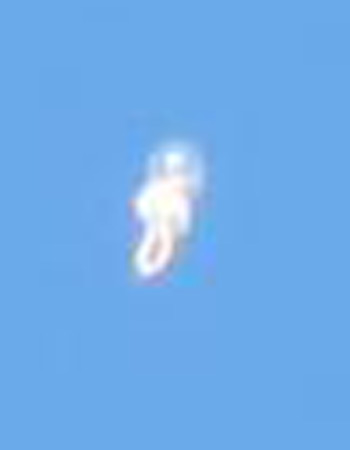 Is the mystery of the Cinnamon Brow UFO solved? Perhaps. Let us know if you have any other suggestions.