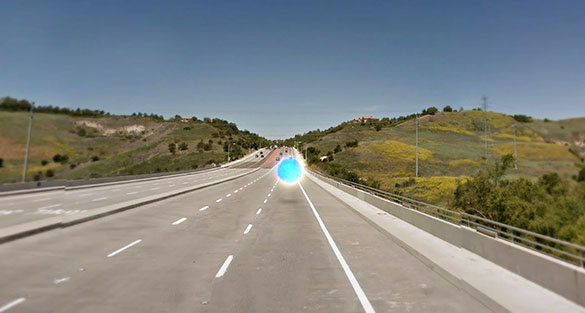 A California witness at Rancho Santa Margarita reported a UFO encounter from 1999 when a ball of light about the size of a beach ball appeared in front of his vehicle, according to testimony in Case 82195 from the Mutual UFO Network (MUFON) witness reporting database. 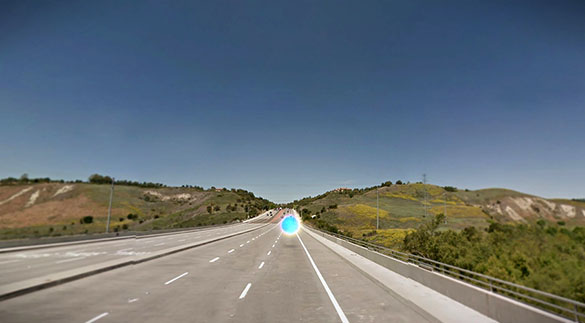 The group was stunned and the witness says they were not sure what to do.

“It appeared to be floating/hovering/flying about three feet off the ground, and it was moving with us. There was no physical structure to it, as it appeared to be literally made of light. The light varied in color and was dynamic, not static. It was almost impossibly bright, like no other light source I’ve even seen, even though it was the middle of the day.” 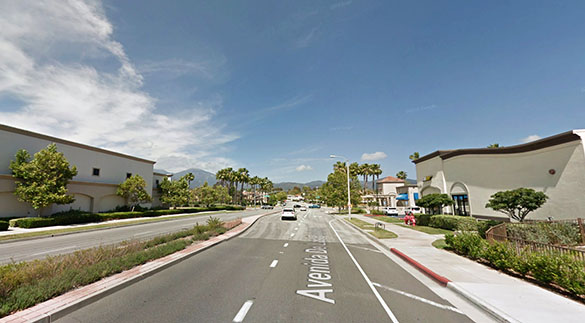 The object appeared to be hovering about three feet off the ground. Pictured: Rancho Santa Margarita, CA. (Credit: Google)

The object appeared about 30 feet in front of the vehicle.

And then the object just disappeared.

“It was only there for a few seconds, maybe 10 or 15 seconds, before it vanished, just as it had appeared, into thin air. Also, there were definitely other cars on the road with me that day too, both behind me and in the lanes next to me and slightly behind me, but I have no idea if anyone other than my friends and I saw it. This happened in a pre-iphone/smartphone/cameraphone world, so none of us got any photos or video. The image I uploaded was created by me, years later, using Photoshop and a screenshot from Google street view of about where it happened.” 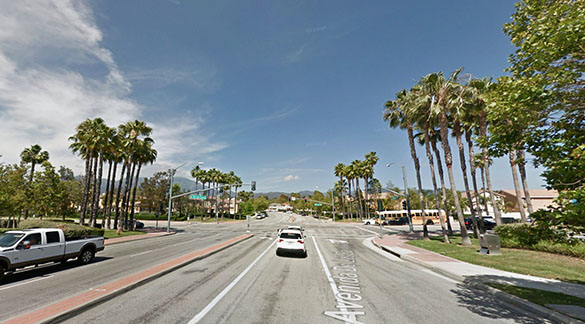 The object appeared to move along with the vehicle for about 10 to 15 seconds before disappearing. Pictured: Rancho Santa Margarita, CA. (Credit: Google)