The conference will be held at the Fort McDowell Resort and Casino February 23-27, 2011. Conference admission will be sold in packages for those many guests who make a week of the event, along with à la carte options available for those who just want to check it out for an afternoon.

The conference boasts more than 20 speakers and a plethora of exhibitors from around the globe, and covers a large variety of topics related to the UFO phenomenon including technology, government cover-ups, exopolitics, black projects, crop circles, alien visitation and more. Panels of astrophysicists, nuclear physicists, abductees, and former top-secret-clearance military personnel make up just a portion of highly decorated and influential speakers.

“Our decision to move the conference to the Phoenix area, from Laughlin, Nevada was to provide an opportunity for the larger masses to come out and participate and be able to listen to these highly credible speakers,” conference organizer Alejandro Rojas says.

Phoenix, Arizona has its fair share of UFO history, especially with the 1997 Phoenix Lights sightings, and the conference moving to an area as large and accessible as Phoenix makes sense for its future and continued growth.

“The stigma associated with this phenomenon is dwindling, as prominent figures such as Stephen Hawking are announcing the likelihood that life exists on other planets. We hope that people come out and see what this is all about and how they can get involved,” said Rojas.

One thing is for sure — the Phoenix area is in for an experience that is cosmic in size and matter.

About the International UFO Congress:
The International UFO Congress is an Arizona based organization dedicated to the dissemination of information related to many areas in ufology. It was established in 1991 and hosts an annual conference which is the largest of its kind in the United States. It features presentations given by authors, researchers, experts, enthusiasts, and those who have witnessed paranormal or anomalous phenomena from all over the world. It also provides a forum to discuss the experiences and findings. This event usually has over 20 Speakers, a Film Festival, tons of vendors as well as experiencer sessions. Topics generally covered are abduction, UFO sightings, UFO crashes, crop circles, paranormal experiences, government conspiracy and much more. 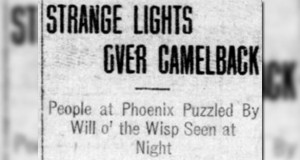 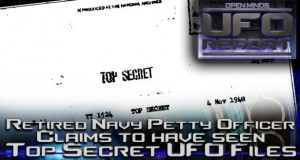