Home / Featured / UFO causes flights to be diverted in Beijing 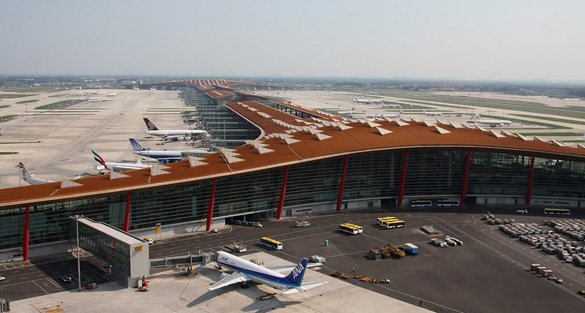 UFO causes flights to be diverted in Beijing

A UFO scare near Beijing International Airport caused two civilian flights to be diverted. The UFO turned out to be a drone used by a local Beijing company for surveying. The four men operating the drone were arrested for not adhering to proper unmanned aerial vehicle regulations.

According to the South China Morning Post, China’s Civil Aviation Administration picked up a UFO on radar at 11 am on Sunday. It was flying at an altitude of around 2000 feet, and traveling at more than 60 miles per hour.

Two civilian airplanes were diverted in order to steer clear of the UFO, resulting in dozens of flight delays. Police scrambled a helicopter, which discovered the drone and forced it to land.

The drone that caused all of the commotion is a modified remote controlled airplane used for survey work. However, the proper permission was not obtained before the flight near the airport was conducted. Four men who were operating the drone were arrested for “endangering public security” which caused “seriously interrupted flight orders.” 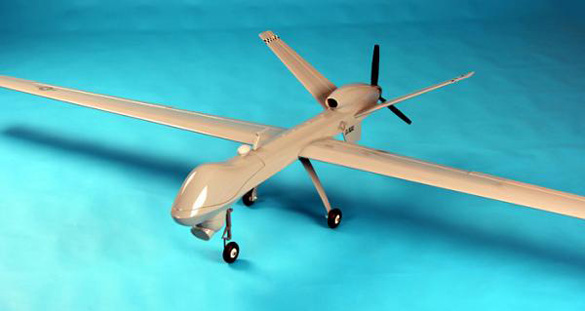 Remote controlled UAV airplane made for recreational use. Comes equipped with a “spy camera.” (Credit: NitroPlanes)

As in the United States, drone usage has been on the increase in China, and just like here authorities are struggling with regulating the increase in unmanned aircraft traffic. However, regulations about flying near civilian aircraft are clear. Feng Chang, co-founder of Beijing FlyCam which specializes in aerial photography and videography, told the South China Morning Post on Tuesday, “All unmanned aircrafts are banned from entering the 15-kilometre range of airports and from flying higher than 100 metres on flight courses elsewhere.”

“Civilian drones face very strict regulations on the mainland. Anything that flies, like hot air balloons or drones, must have official permission,” said Zhang Qizhun, a researcher at the aviation and space research centre at the China University of Political Science and Law and a director of the aviation law committee of the Beijing Bar Association.

“Our country is ready to go to war. It is always on the alert for national safety threats, although in the case of commercial civilian drones, public safety is also at stake,” he said. 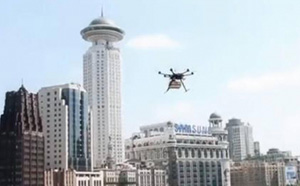 Approval to fly drones is not obtained easily. Earlier this year a bakery in Shanghai was denied permission to fly drones to deliver cakes to weddings and banquets. Incake Bakery had purchased three drones for this purpose, but will have to shelve their plan despite several successful test pastry deliveries.

Officials cite concerns for safety. One official told Shanghai Daily, “These aircraft are not trying to fly around no man’s land, but are in the middle of the city. When accidents happen, it’s beyond imagination.”