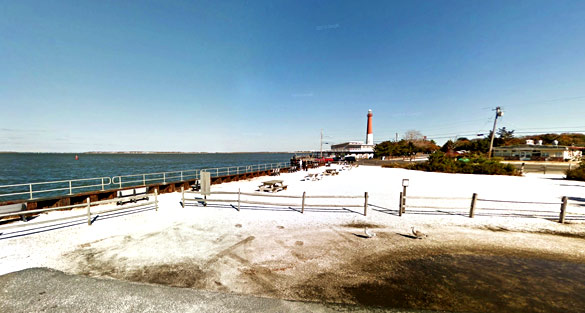 The UFO was moving at the tree top level over Barnegat, NJ. (Credit: Google)

The reporting witness and her boyfriend were outside barbecuing on a clear night on June 1, 2016.

“My boyfriend observed the object pass over the tree top with multiple colors, triangle shape, lights all around outside, very little to no noise,” the witness stated. 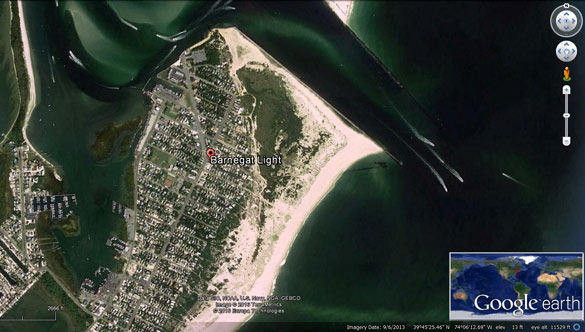 A second UFO was right behind the first as it moved overhead. (Credit: Google)

“The second object was the same, but only three lights – one on each corner, a little to no noise.Both objects headed west. Right over our heads. Thought was either a UFO or a new type of government craft. Did not have camera. Happened so fast.” 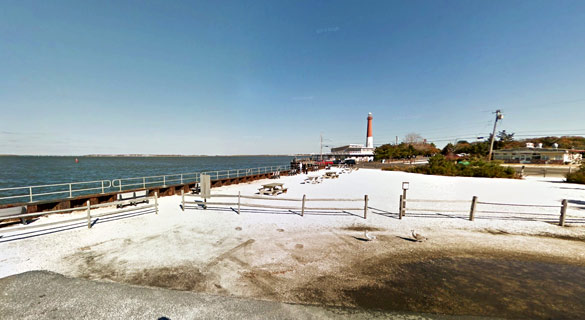 Barnegat Light is in Ocean County, NJ, population 574. New Jersey State Section Director Robert Spearing investigated and closed this case as an Unknown. Please remember that most UFO sightings can be explained as something natural or man-made. The above quotes were edited for clarity. Please report UFO activity to MUFON.com.