Filming for the television show Alto al Crimen in the Miraflores district of Lima, Peru was interrupted when the production team noticed a UFO hovering in the sky.

The sighting occurred on the morning of Tuesday, February 10, and was reportedly witnessed by several members of the production crew, including the show’s host, Renzo Reggiardo, a Peruvian congressman. 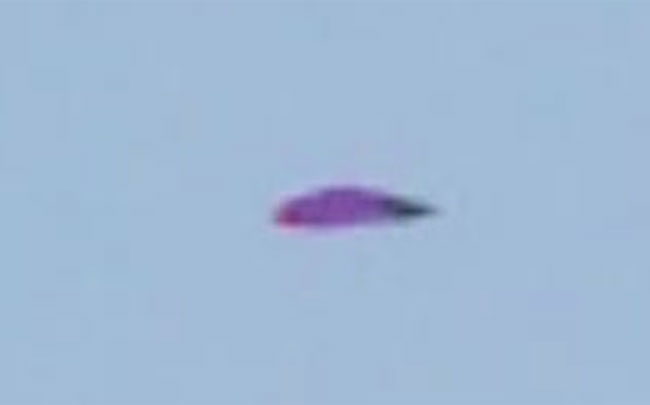 Peru This Week describes, “Reggiardo had just begun filming for his program Alto al Crimen when his camera man got distracted by something floating in the distant sky. They postponed filming a few moments to take a better look at the floating object.”

Witnesses were bewildered by the strange aerial object. They managed to record video of the UFO with cameras and cell phones.

Videos of the object were uploaded to YouTube by Eduardo Chávez Guerra, a member of the show’s production crew. Although the videos are 1080p HD videos, and were likely recorded with a professional-grade camera, no clear details of the UFO are visible. And, some have questioned why a production crew didn’t bother to use a tripod to obtain better video of something so mysterious.

Although some assert that the UFO in these videos is a bad computer creation, it’s unlikely (but not impossible) that Congressman Reggiardo would participate in a hoax. Others suggest the UFO is a drone, a paraglider at the nearby beach, or even a plastic bag. But witnesses doubt these possibilities because they say the object was too large and remained in the sky for too long–nearly two hours.