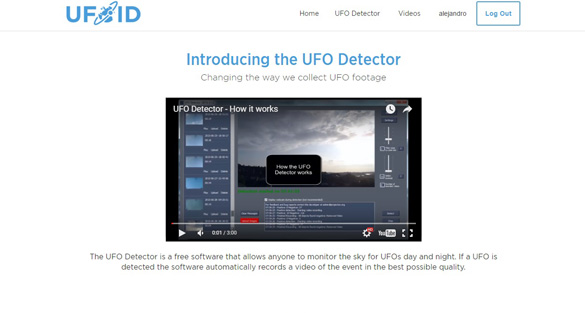 New open-source software will let anyone turn their computer into a hands-free UFO monitor that can intelligently pick out mundane objects, versus flying objects that are more mysterious. The software is totally free, and a video on the website walks users through installing and configuring the software, allowing them to start their high-tech UFO hunting in no time.

The software was created by Mark Lakum, a software developer in the U.K. 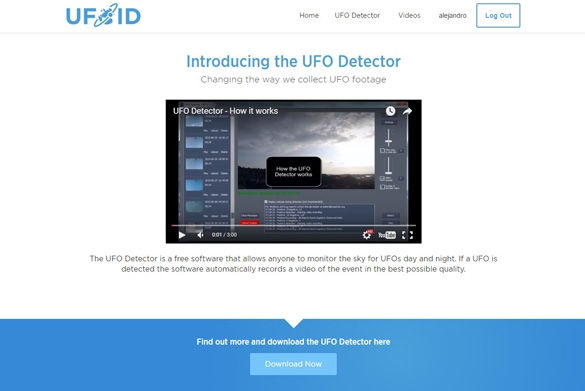 “I work as a software developer nowadays and one day I just thought that there has to be a better way to study this UFO phenomenon using modern technology. So I created this algorithm that detects and records videos of possible UFOs using a webcam that is pointed to the sky,” Lakum told OpenMinds.tv via email. “The  software has been available for awhile but I only now made it open-source and also created the platform UFOID.net. I realized that recording UFOs is just one part and there has to be a way to analyze the captured video  as a community.”

The software works by using your computer’s webcam. It will monitor the sky the webcam is pointed at for movement and record that movement. The software allows the user to choose what part of the screen to monitor, so if there are trees in the shot, those can be ignored by the monitoring software. The program is also smart enough to spot mundane objects. It can recognize birds and other objects, then automatically delete those videos so they don’t take up space on your hard drive. 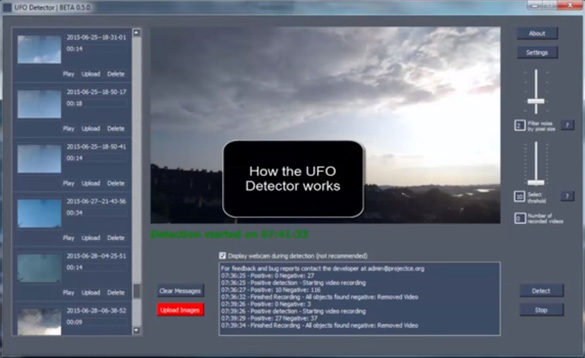 If the program captures a video of a bird or an airplane that it did not recognize, the user can tag the video, allowing the software to learn, and not make the same mistake in the future. In this way, the software will become better at weeding out mundane objects as time goes on.

As for the strange videos, the software lets users submit the interesting UFO videos to the UFO Detector community, allowing everyone to take a look and the community to analyze the videos as a group.

Users have already captured a number of interesting videos, including a cool shot of a meteorite. Some of the videos are posted here from YouTube, which Lakum says is not the ideal way to look at them.

Lakum explained, “The thing with YouTube is (and that’s one of the reasons why I created UFOID.net) that it compresses the video which can make the captured objects hard to see. With UFOID.net, I will always provide a download link to the original high quality (lossless) video file.”

The following videos demonstrates what Lakum is talking about. You will need to make them full-screen to see the objects.

According to Lakum, it was important for him to provide the software for free, and to make it open-source. Open-source means he allows anyone to download the code for software and make improvement and/or their own version.

“I work full time and there is just so much I can do developing the software in my free time. I am hoping to attract some smart developers who can help in improving the software further,” says Lakum.

This includes making versions of the software that work for Linux and Apple operating systems. Currently, the software only works on Windows.

When it comes to UFO hunting, often skeptics make the observation that with the increase of cell phones equipped with cameras, why have there not been more and better UFO videos. Lakum argues that by the time you get your phone out, the UFO is gone. He points to videos that his software has captured as evidence of this. They often only last a few seconds.

A spectacular video captured by the UFO Detector of a meteorite demonstrates another awe-inspiring phenomenon that is fleeting, but easier to film with the UFO Detector software. The software, no doubt, will likely capture more great videos of meteors, satellites, iridium flares, and other natural and unnatural phenomena.

The ease of installation and configuration, and the sophistication of the software, make this an exciting program that will likely increase the amount of interesting – and potentially unexplainable – videos.