An Oklahoma witness at Tulsa reported watching a UFO with “three really large and bright green lights” that made a sound like a lawnmower and moved as close as the tree top level about 2 a.m. on January 14, 2015, according to testimony in Case 62631 from the Mutual UFO Network (MUFON) witness reporting database.

The witness looked out a patio door and saw the object moving toward her location.

“Noticed some really bright solid green lights in the sky coming from the north airport area towards me,” the witness stated. “They were so round and bright! Wondered what the heck was in the sky.” 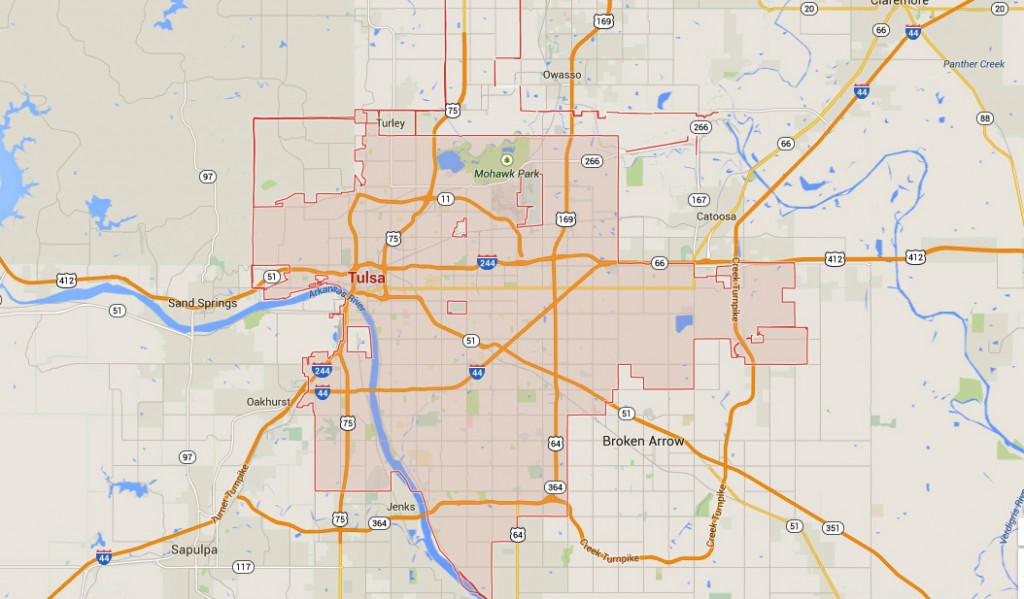 “When it got close to my house I could see at least three really large and bright green lights in the front. It could have had more green lights. I did not count. It was close to tree top level. I could hear through my glass door it was really a loud noise it made. Sounded like a really loud lawnmower in the sky.”

“As it got close to house it turned to the east and I could see a bright flashing red light at the back of this thing. I live near the airport and see lights all the time on airplanes and helicopters. Never heard one that sounded like this or seen anything that had that many large green lights on the front of it. It continued on going to the southeast of me. Really strange! Those bright green lights are what caused me to watch it. Don’t think it was an airplane. Maybe some new kind of craft or helicopter?” 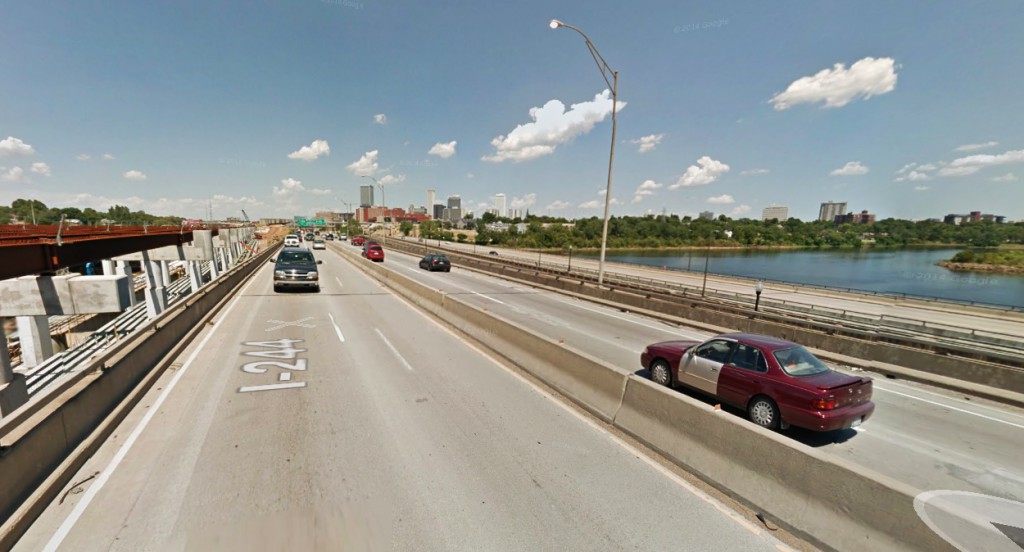 As the object moved close, the witness said it sounded like a really loud lawnmower in the sky. Pictured: Tulsa, OK. (Credit: Google)

Tulsa is the second-largest city in Oklahoma, population 398,121.