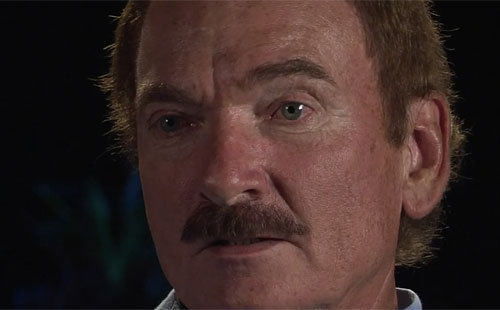 Arizona logger Travis Walton‘s story of his alleged 1975 alien abduction was turned into a Hollywood feature film in 1993 titled Fire in the Sky. Now the SyFy channel is presenting this fascinating story on an episode of the show Paranormal Witness.

Although Travis Walton and fellow loggers who witnessed the 1975 event–John Goulette and Steve Pierce–were reunited at the 2012 International UFO Congress, the New York Daily News reports that this episode of Paranormal Witness “will be the first time that all the key people involved in the case are revealing what they saw and experienced.”

The 90-minute episode featuring Walton’s story will reportedly include key players from the case like the local sheriff who investigated Walton’s disappearance, a polygraph analyst who tested Walton and his fellow loggers, and a doctor who examined Walton when he returned, after having been missing for five days.

This episode airs tonight, Wednesday, October 3 at 10/9c on SyFy.