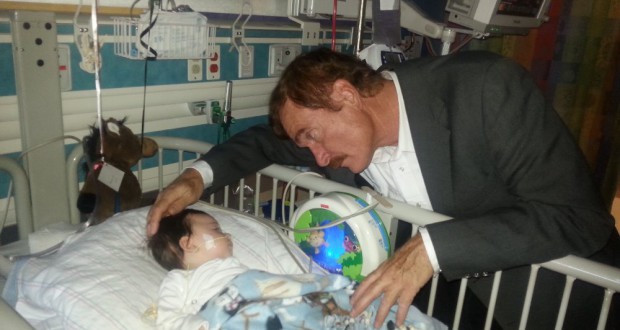 Travis Walton – known for his November 1975 abduction in the Apache-Sitgreaves National Forest in Arizona – is asking for the public’s help with his newborn grandson, Ethan Gabriel Weaver.

Ethan’s birth on November 5, 2014, was “six days early, but he has been experiencing seizures that have caused him to spend over half of his three months of life in Phoenix Children’s Hospital, including an emergency Air Ambulance ride.”

Walton started a fundraiser at GoFundMe.

“Repeated trips from his home in Show Low and many associated expenses have pushed costs ever higher,” Walton wrote on the GoFundMe website. “I and other family members take turns staying awake watching Ethan so his mommy can get desperately needed rest. None of the nine different drugs doctors tried have worked. However, we have found great hope by discovering a number of very promising therapies, none of which are covered by insurance.