Paranormal super-guru and UFO expert, Alejandro Rojas (me), helps guide the audience through mysterious stories surrounding some of our country’s most beautiful locations.

Travel Channel explores UFOs and the paranormal in national parks

Tonight the Travel Channel will be premiering an episode of their Ultimate Travel series dedicated to UFO hot spots and other paranormal activity related to US national parks. The episode is titled, Legends of the Parks, and for those of you wanting to visit a national park, but would also like the chance for a paranormal experience, you will want to take notes. 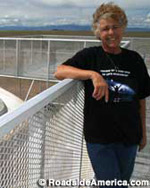 Paranormal super-guru and UFO expert, Alejandro Rojas (me), helps guide the audience through mysterious stories surrounding some of our country’s most beautiful locations. One such place is the Great Sand Dunes National Park in Colorado. These strange dunes provide a hint of the Sahara desert in the high mountain plains of Colorado. As a Colorado native, the sand dunes have always been one of my favorite camping locations. In the middle of the mysterious San Luis Valley, a UFO hot spot and host to a wide variety of paranormal activities, guests to the Sand Dunes have also reported many UFO sightings. Ultimate Travel visited with Judy Messoline, the proprietor of the UFO Watchtower, just west of the dunes. From the spectacular view off her patio, she has recorded dozens of UFO sighting reports from visitors.

I actually had my first UFO sighting at the UFO Watchtower with Judy. I was there for the first time with my sister, her boyfriend and a friend of mine. My sister said she saw a satellite, but I could tell from her voice she was excited. We looked out to the west over the Sangre de Cristo Mountains and saw a very bright light moving from north to south just over the mountains. As it got directly east of us, right over the sand dunes, it steadily faded out. It was much too low on the horizon to be a satellite and there was no outline of a plane. As if that wasn’t strange enough, it was soon completely dark and we saw what appeared to be two satellites, one coming from the southwest, one from the northwest, and they crossed paths just above where we saw the UFO fade out. 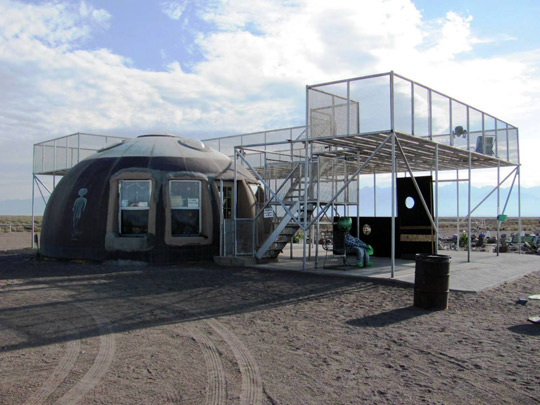 The San Luis Valley is also the location of the very first cattle mutilation to hit the media, and many more of these mysterious animals deaths have taken place in the area since. In 1967 on the King ranch outside of Alamosa, the largest city in the valley, an Appaloosa horse name Lady (renamed Snippy by the press) was found with the head and neck de-fleshed. The exposed bones were clean and white, without blood. The cuts were cauterized, leading a local pathologist out of Denver to speculate that they were done with a laser scalpel. Laser scalpels were practically science fiction in 1967. Often in these mutilations organs such as the genitals and utters appear to be carefully removed. Ranchers and local authorities are often perplexed and left without answers. 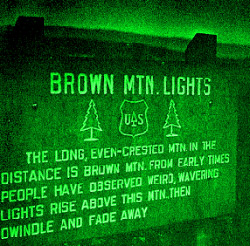 Other phenomena explored on the show are the Brown Mountain lights of Northern Carolina. This historic mystery goes back decades. Many have seen lights on the mountains that have yet to be explained. The legend of the Jersey Devil, ghosts and mysterious sounds in Yellowstone National Park, Bigfoot in Arizona, and many other paranormal oddities are explored on the program. The show airs tonight, September 20, at 6 pm and 9 pm E/P, and will re-air periodically.