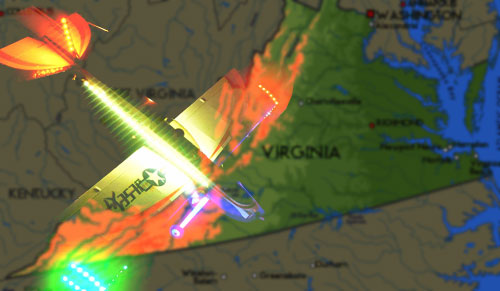 Residents of Danville, Virginia have reported seeing strange lights in the night sky for the past several weeks, and always on Wednesday nights. The Danville Police Department has even reportedly received calls about these UFOs. But according to local paper The News & Advance, what people have been seeing are remote-controlled airplanes. 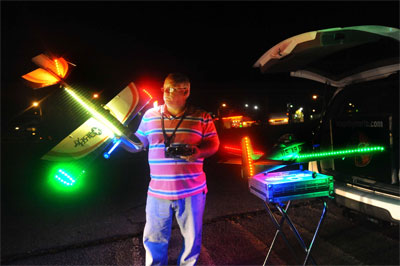 Marlo the Magician with his planes. (Credit: The News & Advance)

William Crawford, a local magician who is also known as Marlo the Magician, has been flying his RC planes from an empty parking lot for the past several Wednesdays. Orange, green, and yellow LED lights affixed to the wings and the tails of the airplanes make them visible in the night sky. The News & Advance explains that these airplanes are light-weight, several feet long, silent in flight, and can go as high as six-hundred feet.

Flying toys like kites, gliders, RC helicopters, and RC planes at night has rapidly grown in popularity because LED lighting provides an easy and affordable way to illuminate these objects, creating fascinating nighttime spectacles. But because of their unusual appearance, these objects routinely generate UFO reports by curious and/or concerned witnesses.