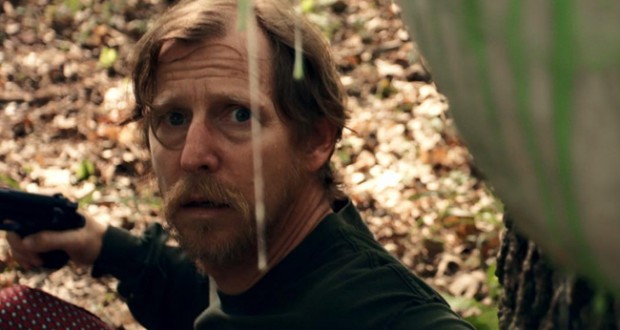 An upcoming sci-fi thriller claims to be the first movie to explore the relationships between three different alien species: the insectoids, the reptilians, and the greys.

Versa Media Inc. and AVA Video Productions are the production companies behind The Three. The filmmakers recently released a teaser trailer that highlights twenty-five minutes of the film.

When Brian LaRue becomes convinced that his father is being visited by extraterrestrials, he takes it upon himself to seek out answers from Jonas Allenbach, a local recluse who claims his son was abducted seventeen years earlier. But as Brian delves deeper into the mysteries surrounding what Jonas refers to as ‘The Three,’ terrifying realizations come to light and Brian must confront the demons of his war-torn past, which just might be exactly what ‘The Three’ desire. ‘The Three’ turns the alien abduction genre on its head with this story of one man’s frightening journey to discover balance and what it really means to be human.

Crowdfunding enabled the film to get to its current point, thanks to a successful campaign on crowdfunding site Indiegogo. But, although the film already has a trailer, the project is still reportedly in its production stage. As horror film news site Dread Central explains, “The film’s producers now plan to tour with these segments and seek additional investment to bring the entirety of the film to life.”

Although this movie is fictional entertainment, some of its content may be based on real alleged alien contact and abduction cases. Andrew Bennett, the film’s co-director, explains, “This is a film that draws on source material regarding abductions and extraterrestrial interaction that people are genuinely terrified about. Kenneth (co-director) and myself are really excited about the web of conspiracy theories that binds this film together.”

There is no published release date for The Three yet. But filmmakers post updates about the project on the movie’s Facebook page.