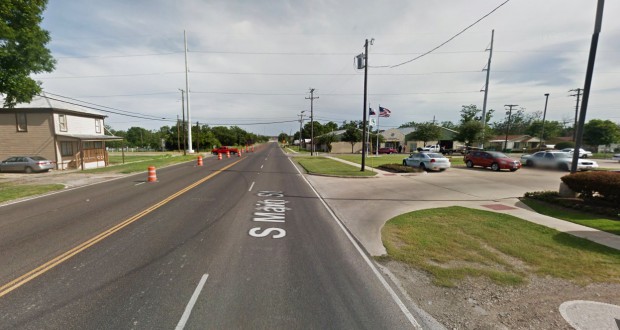 The witness noticed that the rectangle-shaped object was accompanied by a small, white, indistinct, round or oval object and a black helicopter. Pictured: Taylor, TX. (Credit: Google)

A Texas witness traveling northbound along Route 95 near Taylor reported watching a rectangular-shaped UFO accompanied by an oval object and a black helicopter about 2:15 p.m. on April 4, 2015, according to testimony in Case 64439 from the Mutual UFO Network (MUFON) witness reporting database.

The witness first saw the rectangular object about seven miles due north of his location along Route 95 apparently hovering over the town of Taylor.

“The rectangular shape was somewhat indistinct at first. At first I thought that it could be a blimp, but very quickly realized that it was not.” 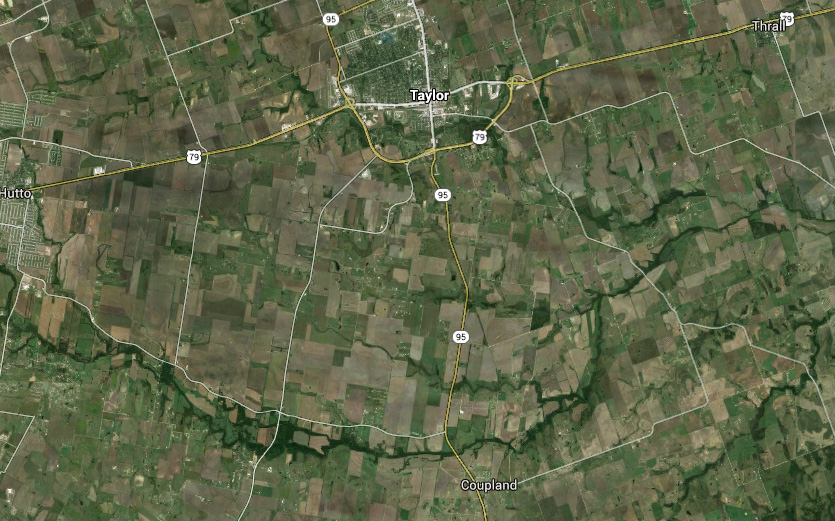 The witness first saw the rectangular object about seven miles due north of his location along Route 95 apparently hovering over the town of Taylor. Pictured: Taylor, TX. (Credit: Google)

As the witness approached the object, it appeared to move slowly westward.

“At times it appeared to be two long shapes parallel to each other, again somewhat indistinct or blurry.”

The witness then noticed two other objects.

“I soon noticed that it was accompanied by a small, white, indistinct, round or oval object (definitely NOT an airplane) and a black helicopter. By the time I was about two miles south of Taylor, the rectangle was clear and distinct, floating on one of its long edges and changing attitude slowly. By the time I reached Taylor at Texas 79 it appeared to be only two-to-three miles to the west, and I was excited that I would have a very close-up view within a couple of minutes.”

The witness reached for his phone to call a friend before turning onto 79 and when he looked up a few seconds later it was gone.

“Judging by the size of the helicopter, the rectangle must have been at least 300 feet long. It had a white or gray stripe lengthwise across its center. No lights were observed on the object.” 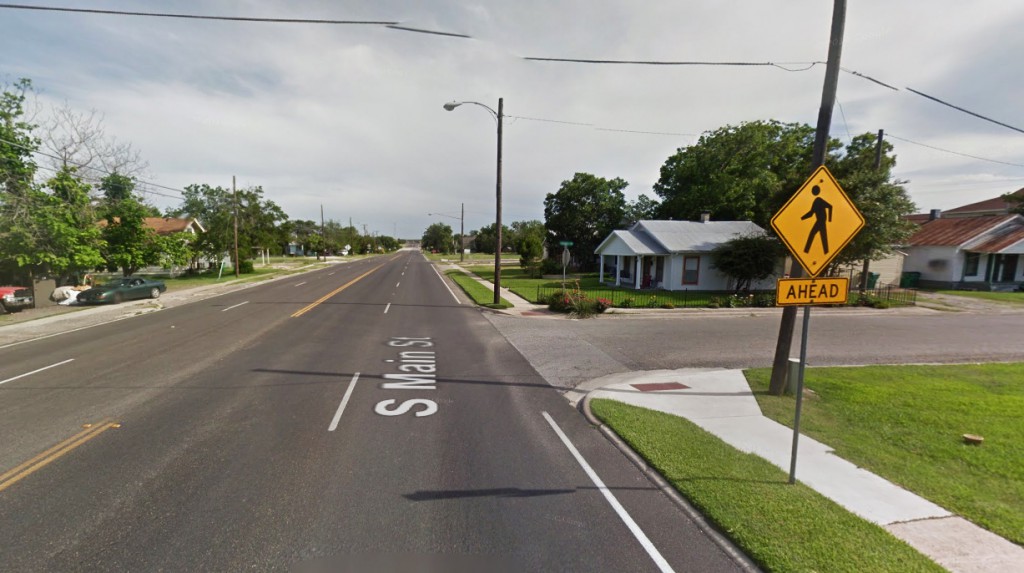 The witness said the rectangle must have been at least 300 feet long with a white or gray stripe lengthwise across its center. Pictured: Taylor, TX. (Credit: Google)

Taylor is a city in Williamson County, Texas, population 13,575.

Texas is currently a UFO Alert Level 4 – with 0.58 sightings per million population based on MUFON February 2015 statistics. Texas received a total of 15 UFO reports in March.