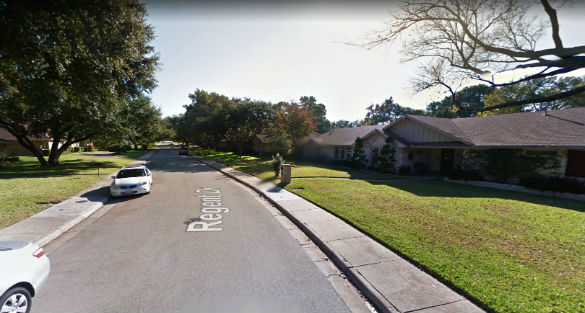 A Texas witness at Dallas reported watching multiple objects in the sky where a light seemed to be tethered to a larger, triangle-shaped object, according to testimony in Case 84627 from the Mutual UFO Network (MUFON) witness reporting database. 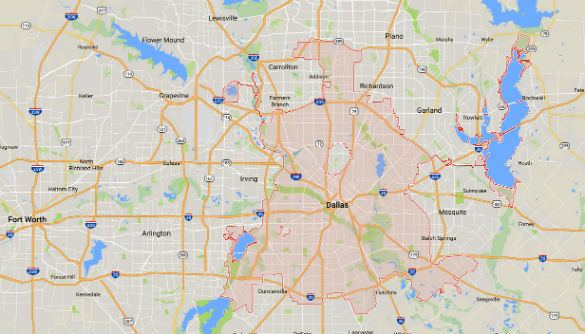 The witness watched a light in the sky that appeared to be tethered to a larger object over Dallas, Texas. (Credit: Google)

The witness was outside walking a dog at 11 p.m. on June 25, 2017, and observed a white light that looked like a star in the sky to the east.

“I realized the light was moving back and forth, east to west, very fast and appeared to be slowly moving down,” the witness stated. “I went inside and got everyone to come out; then we grabbed binoculars. You could see that the light was attached or tethered to something large and shaped like a triangle. The light appeared to drag the triangle across the sky and back again, but it was descending.” 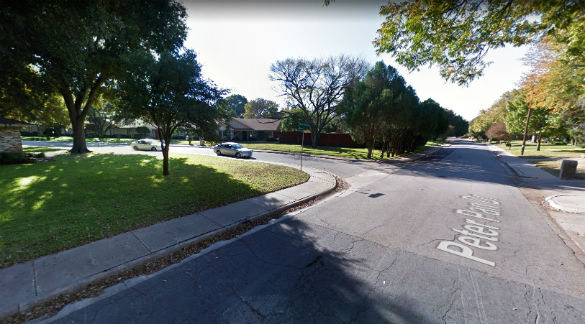 As the object came closer, the witness could see that the triangle was big and black like a wing – and that there was an attachment between it and the light.

“We watched for an hour. Then went inside. I posted it on Facebook in hopes someone would go outside and see what we were seeing. I got lots of amusing comments, but no help. We continued to come back outside wishing someone in our neighborhood would wake up and come see this thing.”

After two hours, the object had moved directly over their heads.

“Now we are laying in our front lawn sharing the binoculars trying to see what this thing is. We all tried to take video or pictures, but all you can see was the light, not the thing being pulled around.”

Then at 2 a.m. another object appeared just like the first one, in the east in approximately the same positions.

“Now we have two. We couldn’t believe it. We went through everything it could be – weather balloon, sky diver at night in the city? They were up too high for anything we could think of, so we took another break and went back inside.” 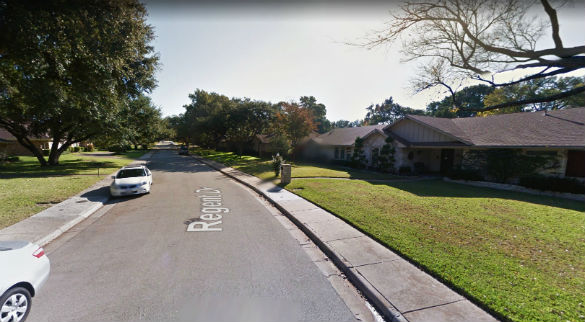 About an hour later they went back to look again.

“Now there are four. There are two more. They don’t appear to be dragging anything, but are much brighter and have the same movement as the first two – the difference being one has a green light and the other a red. The original object has gone way back up where only the light is visible again. We watched until about 4:30 a.m. They all shared the same movement. The two with white lights definitely had something attached. I reprted it to our local CBS station and received a “we have no idea” response. I would love an explanation. There were three of us that witnessed this. I am currently waiting for the sun to go down so I can see if they are back.”

Texas MUFON Field Investigator Jeremy Galyon is investigating. Please remember that most UFO sightings can be explained as something natural or man-made. The above quotes were edited for clarity. Please report UFO activity to MUFON.com.