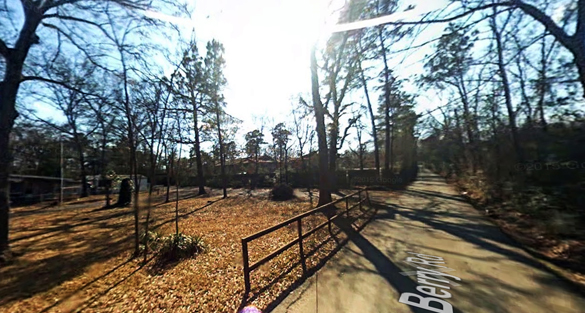 A Texas witness at Keltys recounted a 1969 UFO encounter with a low flying sphere-shaped object, according to testimony in Case 78077 from the Mutual UFO Network (MUFON) witness reporting database.

The witness and a friend were “spot lighting racoons” off 103W between Lufkin and Crockett alongside a river at 1 a.m. on July 20, 1969, when the incident occurred. 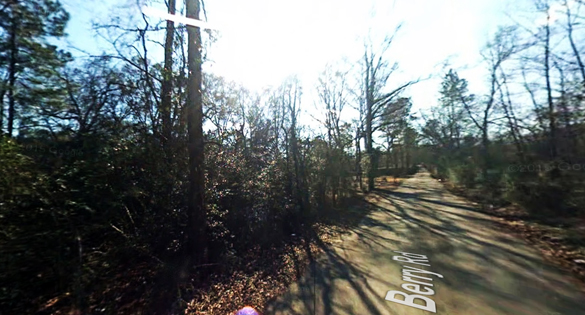 The witness and a friend saw a low flying light in 1969 in Keltys, which is now part of Lufkin, TX, pictured. (Credit: Google)

“We were staying the night at his grandparent’s house,” the witness stated.“We were in a large field, maybe 20+ acres, surrounded by old growth woods and with small pines in the center. We were driving my friend’s truck inside the perimeter fence. I was shining the light out the passenger window in the truck, up and down trees trying to see raccoon’s eyes, when my friend said, ‘turn off that light.’”

The driver saw something odd in the nearby woods.

“Up ahead at ground levelthe woods were lit up, and we suggested that maybe his cousins were coming in the Jeep, although it was not moving, to hunt with us.”

The two watched the light.

“While we sat and watched, the light rose up fairly quickly to above the treetops, and it appeared to be the moon – only huge. It was very scary and my friend turned the truck around and drove with the intention of leaving. When we got to the other side, headed toward the entry gate to the field, I told him to stop and asked, ‘where did it go,’ as it was no longer in sight.”

But they quickly found the light again.

“While we sat there looking out the front windshield into a cloudless sky, it reappeared just like a falling star that did not burn out, but fired directly at us, immediately growing huge once again.” 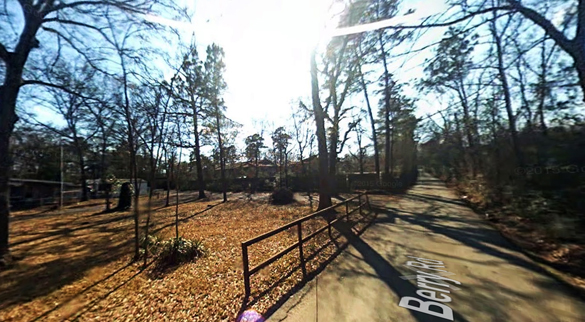 The witness almost fired his gun at the object until his friend stopped him. Pictured, Lufkin, TX, pictured. (Credit: Google)

The event caused the witness to go for his gun.

“It startled us so much, that I began to raise the shotgun at my side. My friend slapped it back down and said, ‘No, don’t shoot it,’ and attempted to back up, but he popped the clutch too fast and the truck died. He restarted it and took off backwards.”

But the witness wanted to see the object again.

“As we were backing toward the river, I told him to stop. The object did not move again, and in every way appeared as the moon, although very huge and bright. If anyone saw it at this point, they would only have said, ‘Wow, look how big and bright the moon is.’ We sat only for a minute or two, and then he drove off toward the entrance. When we went through the gate and started into the woods, I looked back through the rear window and it was still not moving. But, as I realized only later, that it could not have been all that high, because we actually passed under it.”

The witness has never forgotten the events of that evening.

“My friend and I have discussed this event over and over throughout the years, and I have given it much thought. I have no idea what we saw, but it certainly was not the moon. I believe that it could even be human descendants of a culture with new and different technologies and abilities to create magician-like optical illusions to be able to hide in plain sight. Maybe illusions like those bomb worshipers in Planet of the Apes. I only know that we both saw the same thing and discussed it as it happened, and it most definitely was unexplainable.” 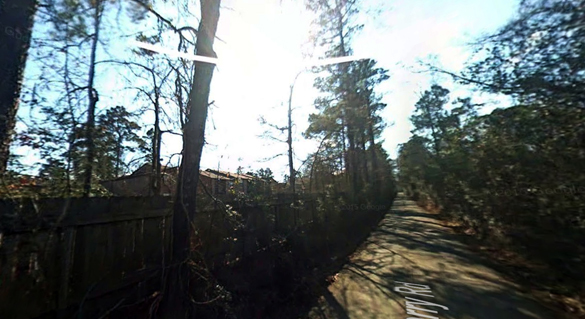 The witness and his friend drove under the object at one point. Pictured: Lufkin, TX, pictured. (Credit: Google)

Keltys, Texas, now a part of Lufkin, was once a separately incorporated town near the junction of the Angelina and Neches rivers and the Cotton Belt railroads in northwestern Angelina County, with an estimated population of about 800.Please remember that most UFO sightings can be explained as something natural or man-made. The above quotes were edited for clarity. Please report UFO activity to MUFON.com.