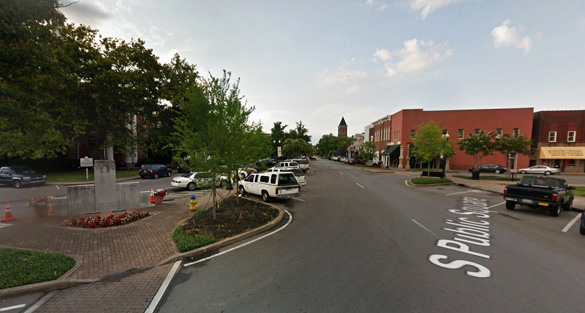 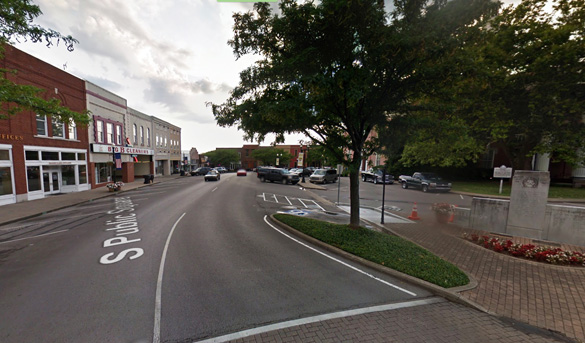 The witnesses first noticed odd lights in the sky that caused them to stop and watch on March 8, 2015. Pictured: Murfreesboro, TN. (Credit: Google Maps)

The reporting witness is a retired RN and currently a music business executive who was with a friend – formerly Army Special Forces who is now an attorney. The two were driving to the friend’s farm in rural Rutherford County, TN, when unusual lights in the southeast sky were first observed on March 8, 2015.

“I too, hadn’t seen anything like them,” the reporting witness stated. “As we drove down the dark country road to his small farm, the object seemed to be slowly moving across the sky. Rather than park the car when arriving home, we drove to the back field of the property which is flat and unobstructed by trees and other topography.”

The two got out of the vehicle and sat on the hood of his car and watched the object over the course of an hour. The craft was accompanied by an identical one that tracked across the clear spring sky.

“We decided the second craft was behind the first upon initial sighting. He asked me if I could hear anything. I listened and noted out loud that the crafts, based on size and relatively low altitude, should be projecting engine sounds. He agreed and this is the first thing that seemed objectively odd. Secondly, the speed of movement, again, based on altitude and size of the crafts, seemed to defy what he and I know of physics.” 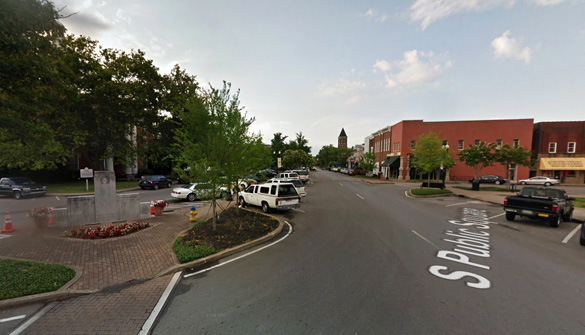 The witnesses thought it was odd that neither craft made any sound. Pictured: Murfreesboro, TN. (Credit: Google Maps)

The witness described the craft’s movement.

“The track across our line of sight of approximately 25 miles seemed too slow, which suggests they were beating the laws of gravity. The arrangement of the triangular lights and what appeared to be a shadow of a structure of craft of more square or rectangular shape, dark in color, was another oddity to us as we both know something of the necessity of spherical shape to make an object’s aerodynamics compatible with flying.”

The witness has a mathematics background.

“I was a part time high school advanced math substitute teacher and know enough to know, I can’t explain the aerodynamics of these craft and neither can my friend who jumped from planes during the first Gulf War.”

“Before they reached the horizon to the northeast (towards Nashville, TN), they vanished. No descent to land. No Mach IV vertical ascent to the stars. Simply vanished.”

The two also noticed objects they could identify.

“Higher in the night sky, during this event, we noted the path of two commercial aircraft at altitudes well over 25-30,000 feet, and even they, upon passing directly overhead, could be heard on that night. There is an Air Force base in the general direction from whence they came, but operations are rare and involve large cargo carriers. The Nashville BNA airport is northeast, but the crafts vanished well before a probable descent there. In fact, since we’ve observed that no commercial craft can be seen making its descent, day or night from this location, as we are simply too far away and we’ve noted that there is an altitude difference roughly half way between this location and Nashville BNA airport where we are just above sea level and the airport is slightly more than us.”

The witnesses were not afraid during the sighting.

“We were not scared or did we fear for our safety. The craft did nothing to suggest we were of note to them. We are neither skeptics or believers of UFOs, though since we’ve discussed the possibility the military may have developed crafts that can only be tested at night. But, the lack of noise? I’ve asked around…this is an oddity no one can explain. The ability to be have such mass and yet move that slowly at an altitude no higher than a helicopter? Odd.” 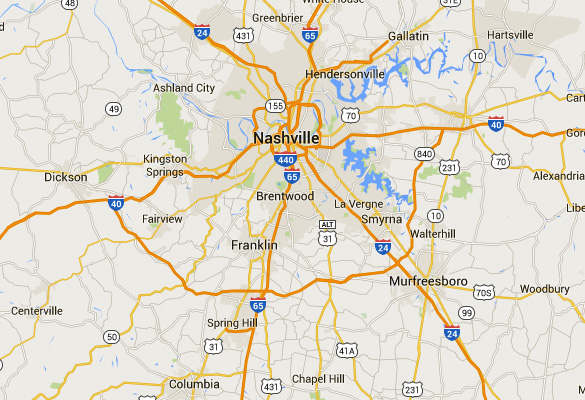 Murfreesboro is a city in and the county seat of Rutherford County, Tennessee, population 108,755. Please remember that most UFO sightings can be explained as something natural or man-made. The above quotes were edited for clarity. Please report UFO activity to MUFON.com.