Swedish musician Elliphant wants to have a baby with an alien

Swedish singer and rapper Elliphant wants to be the mother of a human/alien hybrid baby.

The strong UFO enthusiast, who has stated, “I look for a UFO every moment I get,” was recently in the U.S. for a tour. So she sat down with Huffington Post UFO journalist Lee Speigel in the Rolling Stone Studio in New York to discuss extraterrestrials.

Elliphant tells Speigel that she has many questions for him. Right away, she asks him if he believes in extraterrestrials. Speigel responds quickly with a “yes.” And, as he has done several times before, he further clarifies, “If you’re really asking me, ‘do I think some of them may be visiting Earth?,’ I would say ‘yes.'” 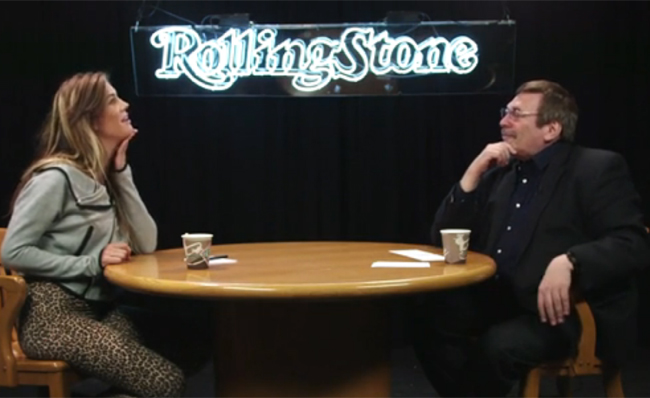 When the two discuss the likelihood that extraterrestrials experience love, Elliphant comments that she wants to be “the first girl having a half alien baby.” Speigel chuckles and responds, “You may have to get in line!” Although it’s unlikely that Speigel was insinuating that he too wants to have a hybrid baby, there are countless individuals around the world who claim to have either birthed hybrid babies or assert that they are the result of a human/alien union. But Speigel apparently spared Elliphant from those dream-crushing details.

Although this interview is light-hearted and meant for entertainment (not to mention heavily edited), it’s good to see that Rolling Stone called on a knowledgeable UFO researcher like Speigel to discuss the extraterrestrial topic with an enthusiast like Elliphant.