Home / Articles / Spielberg knows what he saw in UFO documentary

“Let’s suffice it to say, he’s an advocate of government transparency on the phenomena,”

Spielberg knows what he saw in UFO documentary 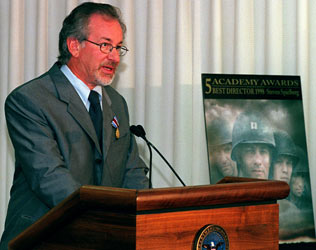 James Fox is almost gleeful. The world famous film director and producer Steven Spielberg has viewed James Fox’s documentary, “I Know What I Saw,” through a mutual friend and commented on it in a letter.

In a career spanning more than four decades, Spielberg has to his credit such UFO-related great films as Close Encounters of the Third Kind (1977), E.T.: The Extra Terrestrial (1982), The War of the Worlds (2005) and the mini-series Taken (2002), among many others.

Fox is now in receipt of the letter, but cannot make the comments public as of yet. Fox said he’s in touch with Spielberg’s publicist, “who would be happy to let that happen.” But the publicist said when Spielberg was asked about going public with the letter his response was, “Not at this time.” In return, Fox’s reply was, “There won’t be a better time.”

“Let’s suffice it to say, he’s an advocate of government transparency on the phenomena,” Fox concluded and he will continue to push for permission to publish the contents of the letter because he feels it’s important.

“I Know What I Saw” takes a look at the most credible witnesses from around the world testifying at the National Press Club event in Nov. 2007. According to Fox, the event was coordinated with the help of journalist Leslie Kean, who has secured a publisher and is now writing the book version of the movie.

The documentary explores reasons behind government secrecy from those involved at the highest level. One good example is Fife Symington, governor of Arizona at the time of the 1997 Phoenix Lights event, who in the documentary states that Air Force generals, astronauts, military and commercial pilots, government and FAA officials from seven countries tell stories that “will challenge your reality.” 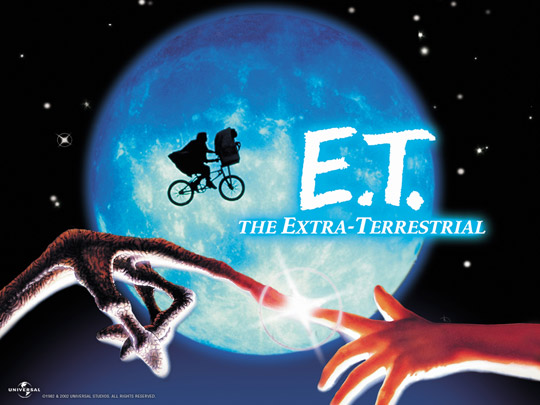 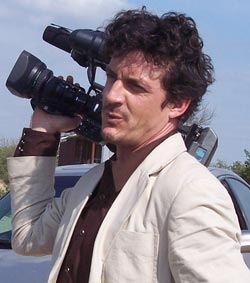 When he was a boy Fox had other dreams. He wanted to be a racecar driver and he even attended racing school when he was 20 years-old, breaking the lap record the very first day he raced. But, afterwards he traveled to Europe, learned French and decided there was a lot more to the world than going round and round a track.

He turned his attention toward his creative side and learned all he could about filmmaking.

It takes more than blood, sweat and tears to make a movie according to Fox; namely, money, tenacity and an ability to overcome obstacles at every turn.

Four years in the making, Fox, now in his late thirties, sold the new film to the History Channel in October. It was a decision he was not extremely happy with, but felt he had no choice with investors breathing down his neck to get their monies back.

“They were very difficult to work with towards the end,” Fox said. “We had a decent offer and I had to take it. If I had had my way, I would have gone the film festival circuit and got it out that way.”

He became interested in UFOs after speaking with two friends, one of which he had the utmost respect. He’s never looked back.

Early on, his dad, Charles Fox, an accomplished journalist who has been published in Rolling Stone, Sports Illustrated and Playboy, among others discouraged his work and told his son he was going down a dead-end road.

But, upon accompanying Fox to interview U.S. astronaut Gordon Cooper, an icon of Charles’ time, he sang a different tune. Cooper is featured in the documentary and relates a detailed account of a UFO landing in a dry lakebed at Edwards Air Force Base in California in the 1950s.

Fox said of his father that it was his turning point, “He was sold.”

“He recently told me he was very proud of me and the work I’ve done,” Fox said. “That means a lot to me.”

James’s father is a quadriplegic (wheelchair bound) from being stricken with multiple sclerosis.

“When I was younger, I used to drive him around to his interviews and played nurse and helped him anyway I could,” Fox said. “Then it all turned around and he was going with me to my interviews.”

He further commented, that the new film is really a compilation of 12 years of work because it includes clips from “Out of the Blue,” his second film on the subject of UFOs, which was aired in 2003. 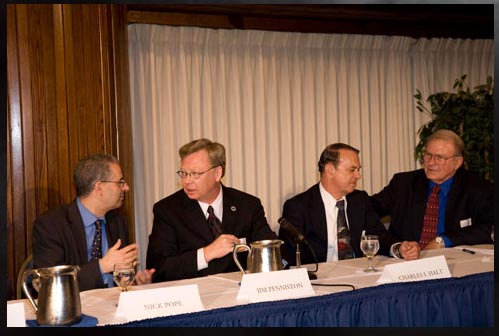 The last two weeks of production were harrowing and a very unpleasant experience for James Fox. Just a few days before broadcast, two high ranking military officers demanded to be taken out of the film if they weren’t paid very large sums of money.

“That was just one of the many things I had to deal with,” Fox said. “They got the impression I was making millions off their stories, which is not the case. These two represented less than two-percent of the movie. It’s like the story of fishing in the sea. By the time everyone gets a little nibble and you get it reeled in, there’s nothing left.”

The sale to the History Channel left Fox with about $20,000. And, in the last weeks he had to come up with $55,000 to finish the “deliverables” on the film. With the investors dried up and upset after Fox went $200,000 over on an original budget agreement of half a million for the film, he put his cherished BMW up to secure a loan from his neighbor. “We were down to the wire trying to scrape up money,” Fox added.

Since now the History Channel only has the high definition version of the movie and has rights to air the movie in the U.S. and Canada for five years. James is working on getting both the one-hour and two-hour versions of the film into standard definition and then the channel, he said, will begin broadcasting the film more often.

And, more good news is coming down the pike. Fox recently sent the film to MIPCOM in Cannes, France, where industry leaders converge annually in October to shop for content.

“My agent there says we have 88 territories interested in requisition,” Fox said. “I’m told 40 territories would be considered successful.”

“We had a great show lined up and then Michael Jackson died,” Fox said. “That put a hold on everything while they covered it.”

“We have something in the works with King that involves some pretty cool stuff,” Fox said. “I will be able to say more in a couple of weeks.”

We’re all in your corner James, and we’ll be anxiously awaiting your news.

You can read Open Minds I Know What I Saw reviewby Antonio Huneeus.

As a staff writer for the Stephenville Empire-Tribune, Angelia was the principal reporter covering the sightings in and around Stephenville, Texas in January of 2008, appearing on CNN's Larry King Live, Coast-to-Coast, and many other media programs. In 2007, Angelia earned two second place awards from the West Texas Press Association for feature writing and special coverage. After leaving the Empire Tribune, Angelia continues to cover UFOs through her radio show, The Joiner Report, at ufoparanormalradio.com, freelance writing, and her website www.angeliajoiner.com