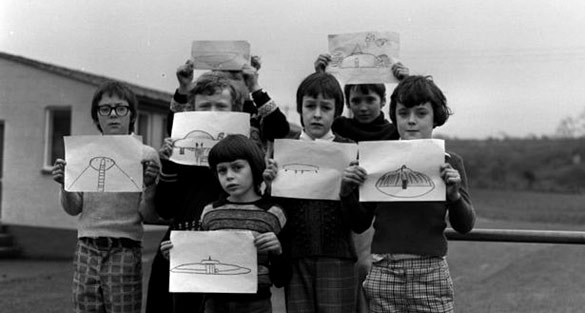 Site of famous alleged UFO landing in Wales up for sale

In 1977, there were a string of UFO sightings in Wales that included alleged UFO landings and alien visitation. The incident is referred to as The Broad Haven Triangle, and now, one of the primary locations of the incident is up for sale. 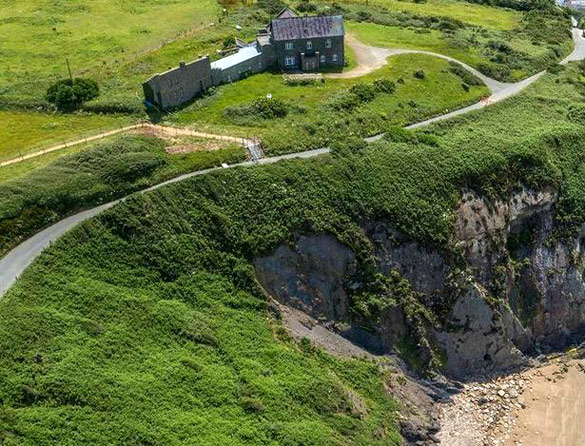 Formerly the Haven Fort Hotel, the building looks like it is out of a period television show. It is right off the cliffs of the picturesque Pembrokeshire coastline. While it does not look like a place where an alien visitation might have occurred, if they were in town for recreation, it is a great choice.

According to Wales Online, the current owner, Francis Granville, says she first heard about the alien visitations when her father wrote her a letter while she was in Spain. Granville says her father’s letter claimed that her mother had seen a UFO and two aliens.

“It was early morning and mum was woken by a buzzing noise and she thought she’d left the gas boiler on. Once downstairs she realized the noise was from outside,” recalled Granville. 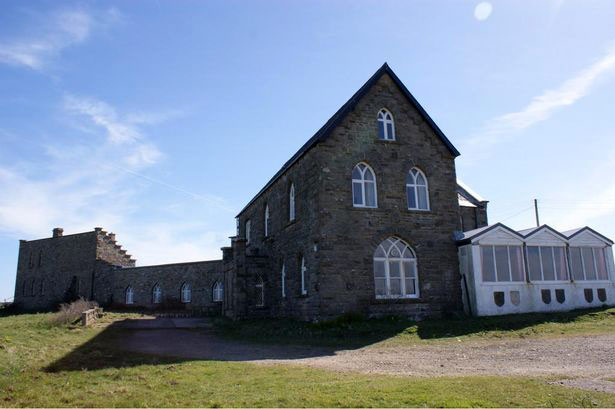 A closer view of the property. (Credit: Wales Online)

“She looked out and saw about 100 feet away an oval object she could only describe as a ‘space craft’ with lights, slowly land and two figures emerge in silver suits,” Granville continued. “She was terrified because the figures, although reminiscent of men, had exceptionally long arms and legs. Their heads were covered by helmets. She called them creatures.”

After Granville’s mother called her father over, the craft and the aliens had disappeared. However, upon examination of the area, they found a small crater in the ground.

Fortunately for Granville’s mother, she was not the only witness. 14 students at nearby Broad Haven Primary say they also saw the UFO land, and they all drew pictures of what they saw. 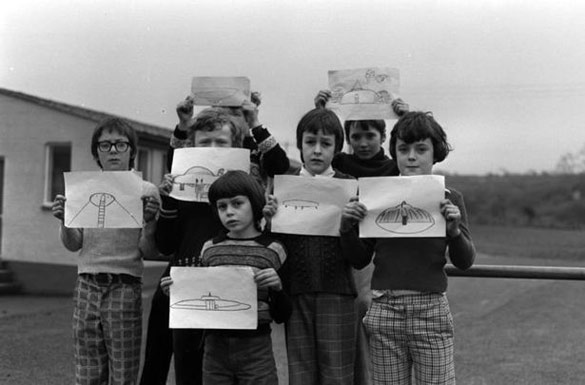 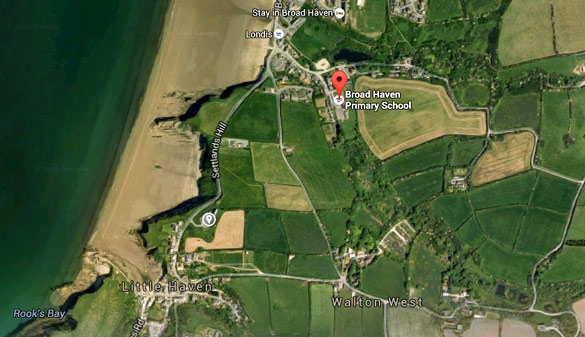 A map showing the location of Broad Haven Primary in relation to Haven Fort Hotel (the small marker left of center near the cliffs). (Credit: Google Maps)

Others also claimed to have had strange experiences. Francine says, “At the farm across St Bride’s Bay the farmer’s wife said she heard scratching at the window and saw the two creatures looking in! Lots of people in the county saw the craft.”

According to a book on the sightings titled The Watchers, written by Neil Spring, a local Minister of Parliament, Nicholas Edwards, commented on the events. Apparently, Edwards reported at the time, “I am being inundated at the present time with representations about UFOs said to have been seen in Pembrokeshire.” 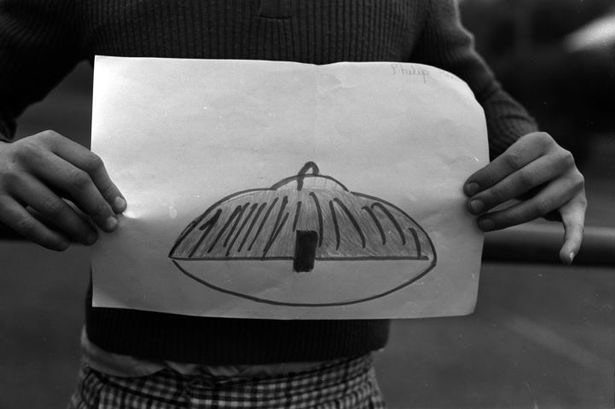 Granville’s property looks a bit like a small castle. It is on 4.6 acres and the sale includes the pebble shoreline and beach at the base of the cliffs. The beach even has its own name, Settlands Bay. The home has a lounge area, a restaurant, a commercial kitchen and 14 guest rooms. It is perfect for the enterprising UFO enthusiast who would like to get into the UFO tourism business.

To find out more about the sightings at The Broad Haven Triangle, you can view the documentary below.