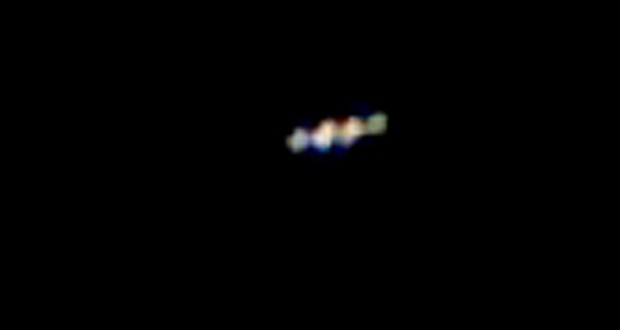 The four witnesses could not identify the lights moving overhead in Holyoke, MA, on October 14, 2014. Although these lights appear to be airplanes, completed investigation results from Massachusetts MUFON will be shared. Pictured: Frame capture from the witness video. (Credit: MUFON)

Witnesses in Holyoke, MA, reported watching and videotaping a series of “shape shifting” UFOs that moved in different directions for more than three hours beginning about 7:30 p.m. on October 14, 2014, according to testimony in Case 60610 from the Mutual UFO Network (MUFON) witness reporting database.

“I was outside on the porch with my boyfriend smoking a cigarette and we saw these bright white lights in a row,” the reporting witness stated. 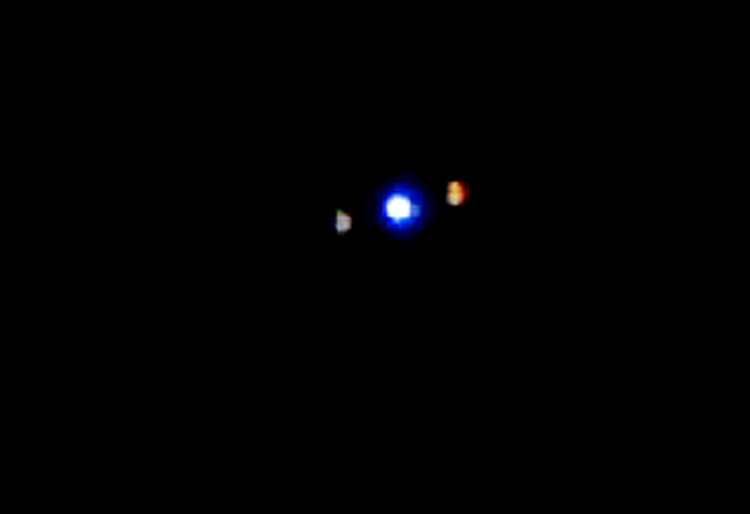 Frame capture from the witness video. Although these lights appear to be airplanes, Massachusetts MUFON is conducting an investigation. We will share their findings when the investigation has been completed. (Credit: MUFON)

“Then they turned red and blue and it was flying straight and then made a sharp U-turn, and then was flying in a figure 8. And every time it turned it was diagonal and you could see the diamond 3-d shape it was. And the craft was very dark. Looked kind of black.”

The witnesses watched one of the objects flying over their building and then they began seeing objects all across the sky.

“And they would speed up toward the mountain and disappear in the mountain and about a minute later over to the right side of the mountain they would shoot up into the sky really fast – changing light colors and formation – from a single blinking red light to a long line of super bright white lights flashing. At the same time there were yellow-orange huge balls of light hovering and then they started floating straight up really high until they just disappeared.”

The reporting witness remained outside with her boyfriend and two friends for three hours as they continued to see the objects.

One video was uploaded with the MUFON report, which was filed on October 15, 2014. See Video 1.

Although these lights appear to be airplanes, Massachusetts MUFON is conducting an investigation. We will share their findings when the investigation has been completed.

Holyoke is a city in Hampden County, Massachusetts, population 40,135. Massachusetts has a current UFO Alert Rating of 5 with a low number of recent reports nationally. Massachusetts had 9 UFO reports that occurred during September 2014 – calculated at 1.35 sightings per million population. The above quotes were edited for clarity. Please report UFO activity to MUFON.com.