Jill Tarter, the director of the Center for SETI (Search for Extraterrestrial Intelligence) Research is retiring. 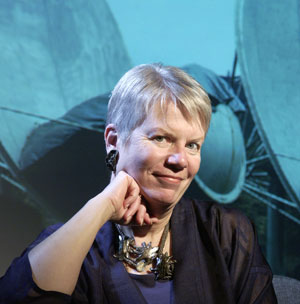 Officials at the SETI Institute in Mountain View, California announced on Tuesday, May 22 that Jill Tarter, the director of the Center for SETI (Search for Extraterrestrial Intelligence) Research is retiring.

Tarter, who reportedly served as the inspiration for Jodie Foster’s character, Ellie Arroway, in the novel and movie Contact, has spent 35 years scanning the skies for extraterrestrial radio signals. And although she is stepping down from her current position, Space.com explains that Tarter is going to become a full-time fundraiser for the SETI Institute. Full-time fundraising hardly sounds like retirement, and she admits that she does not particularly enjoy fundraising. But with the Institute’s need to raise two million dollars every year to continue operating, Tarter feels that fundraising is crucial to SETI’s survival.

SETI efforts have been fortunate lately to receive wide, positive media coverage. The Institute’s involvement with researching new planets recently discovered by NASA’s Kepler space telescope have garnered attention for SETI. As Tarter explained to Space.com, “The Kepler worlds are really legitimizing SETI. All of us that are even peripherally involved with that are looking and saying, ‘You know, Earth 2.0 — that’s just right around the corner. We can almost taste it.'”

The SETI Institute will recognize and celebrate Tarter’s career on June 23 during a gala event at the SETIcon II conference in Santa Clara, CA at the Santa Clara Hyatt. As the Institute explains, “SETIcon II is a public convention that draws together more than 60 scientists, artists and entertainers to explore our place in space and the future of the search for life in the universe through presentations, panels, exhibits and films.” More information is available at http://seticon.com/.