Home / Articles / UFO News / Searching sibling stars for Earth’s extraterrestrial relatives
In the search for ET, some scientists are specifically searching for our relatives.

The search for extraterrestrial life is a major component to space exploration. But some scientists are specifically searching for our relatives. Space.com reports that a team of researchers is searching for “siblings of the sun” — stars born from the same parent star cluster —because they may have been seeded with life from Earth. 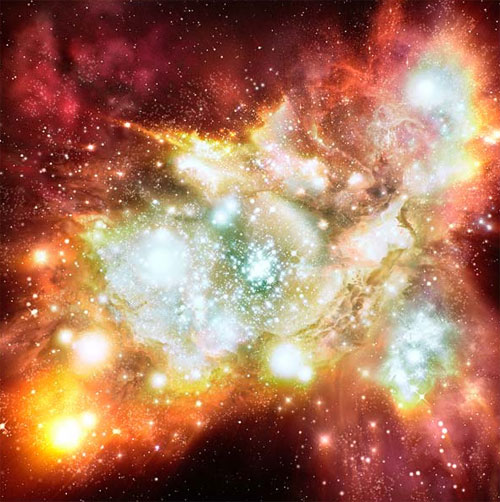 This idea, known as panspermia, is not a new idea however, and is how some researchers believe life on Earth began.

The process of panspermia is explained by astronomer Mauri Valtonen of the University of Turku in Finland:

The idea is if a planet has life, like Earth, and if you hit it with an asteroid, it will create debris, some of which will escape into space . . . And if the debris is big enough, like 1 meter across, it can shield life inside from radiation, and that life can survive inside for millions of years until that debris lands somewhere. If it happens to land on a planet with suitable conditions, life can start there.

Valtonen and his team theorize that, if Earth was bombarded by comets and asteroids long ago, life-bearing debris could have transferred to other planets when other stars were much closer to our own. And Space.com explains, “That means that somewhere out there in the galaxy might be your long-lost cousin.”