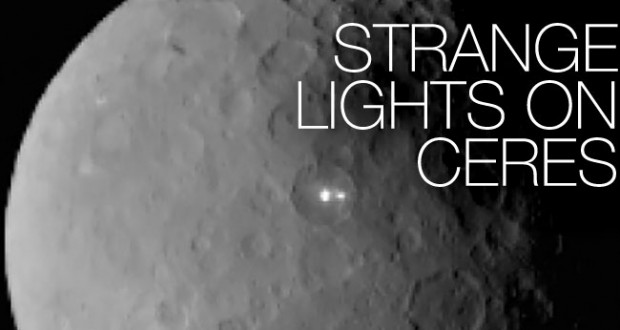 Scientists are perplexed by a pair of strange lights on the surface of Ceres–a dwarf planet in the asteroid belt between Mars and Jupiter.

NASA’s Dawn spacecraft photographed Ceres on February 19 from a distance of approximately 29,000 miles. Although regions of higher-than-average reflectiveness have been seen on Ceres before, these new photos from Dawn show two bright spots within the same basin on the dwarf planet’s surface. 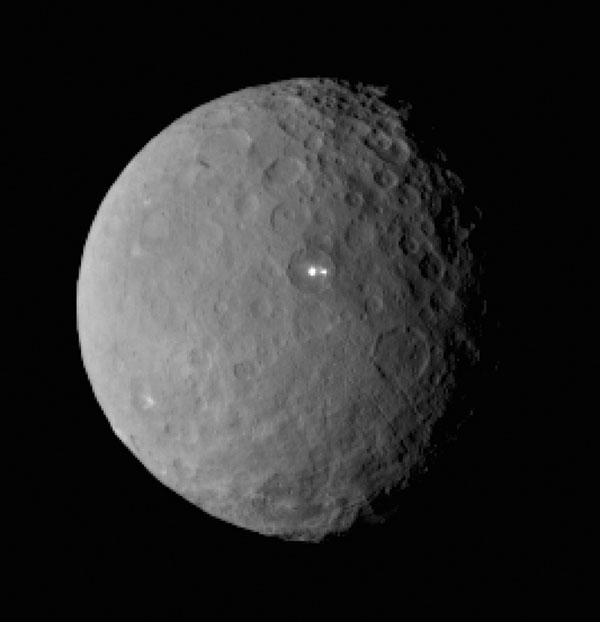 “The brightest spot continues to be too small to resolve with our camera, but despite its size it is brighter than anything else on Ceres. This is truly unexpected and still a mystery to us,” said Andreas Nathues, lead investigator for the framing camera team at the Max Planck Institute for Solar System Research in Germany, in a recent NASA press release.

Although scientists are puzzled by these mystery lights, they aren’t without possible explanations. As Mashable describes, “The most obvious contender is ice, although ice would reflect more than 40% of all light hitting it. The difference may be accounted for by the resolution limit of Dawn’s camera at this distance. Scientists have previously detected water vapor coming from the surface of the dwarf planet, making ice — a more likely option.”

But Chris Russell, principal investigator for the Dawn mission, believes, “This may be pointing to a volcano-like origin of the spots, but we will have to wait for better resolution before we can make such geologic interpretations.” 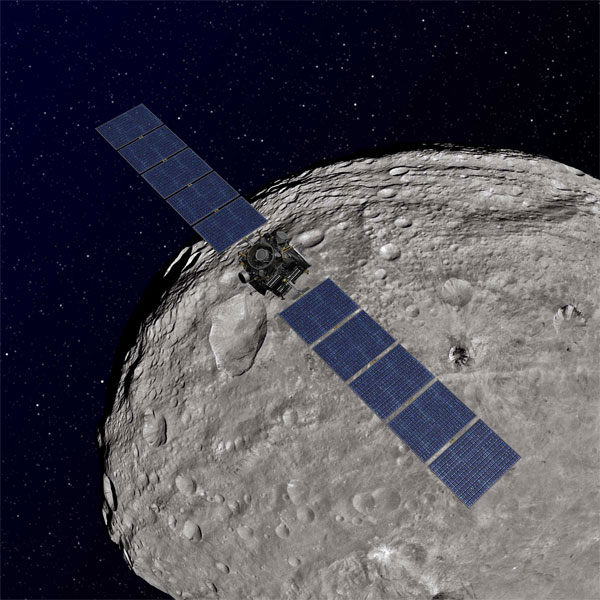 NASA’s Dawn spacecraft will enter orbit around Ceres on March 6, and will continue collecting better photos of the dwarf planet and its mysteries during the next 16 months. With better photos, scientists will hopefully be able to better determine if the strange bright spots on Ceres are signs of an extraterrestrial civilization, or if they indeed have a volcanic origin.