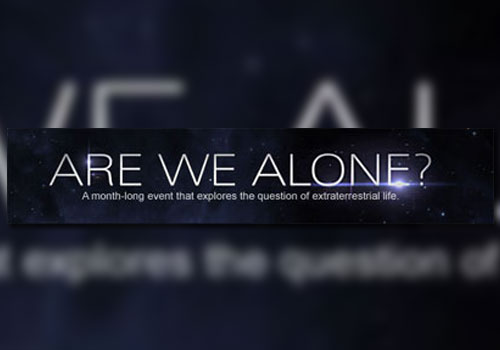 Last year, the Science Channel devoted the month of March to exploring the question, “Are we alone?” And the channel plans to do the same thing this year.

In March, the Science Channel’s “Are We Alone?” month will feature new content, rather than repeating the same programming from last year. The Hollywood Reporter explains, “The lineup will include new episodes of Alien Encounters, examining what would happen if aliens invaded Earth, as well as the new special, Aliens: The Definitive Guide, which Science Channel calls an ‘Encyclopedia Galactica of non-Earth life forms.’ Other programming includes specials centering on the planets Mars and Venus.”

Explaining why the Science Channel is reprising its alien-themed month, Debbie Adler Myers, executive vice president and general manager of the channel said, “‘Are We Alone?’ month was a big hit for Science Channel last March. We invited viewers to join the search for extraterrestrial life, and it’s clear that everyone enjoys programming of an alien kind.”

The “Are We Alone?” programming begins March 5 on the Science Channel.