“I saw movement,” the witness stated, “three bright lights in the distance coming across the mountain from the southeast.”

The witness quickly stepped inside to retrieve a cell phone, set it to record video (seen above), and moved back outside.

“The objects were now the size of basketballs and kept getting larger. I aimed the camera at the first object, could not capture all three at the same time, and was able to get five seconds, and then the recorder stopped.” 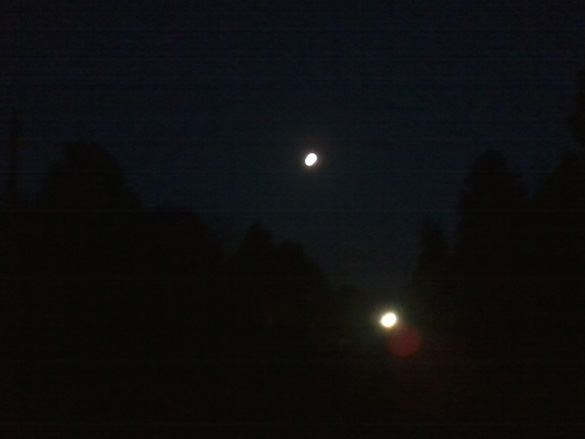 Witness photo of two orbs that appeared to be the size of basketballs. (Credit: MUFON)

“I sat unbelieving and mesmerized for about 10 minutes. Then the first orb began to move closer and downward. I was convinced it was headed at me. Suddenly another dimmer, comet-like (had a tail) object streaked in near the orb towards the Earth. Both passed out of view around the edge of the house.”

The witness then began to focus on the other two orb-like objects.

The witness went back inside and a few minutes later sent a Facebook message to his daughters. The timestamp on that message is 2:21 a.m. 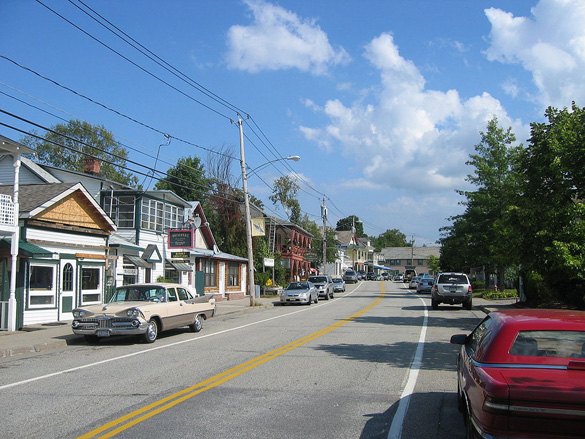 North Creek is a hamlet in the Adirondack Park, in the town of Johnsburg, in Warren County, NY. Johnsburg has a population of 2,450. New York MUFON is investigating. New York has a current UFO Alert Rating of 3 with a high number of recent reports nationally. New York had 31 UFO reports in May 2014 – the 3rd highest reporting state – while California had 102 reports as the highest reporting state. The above quotes were edited for clarity. Please report UFO activity to MUFON.com. 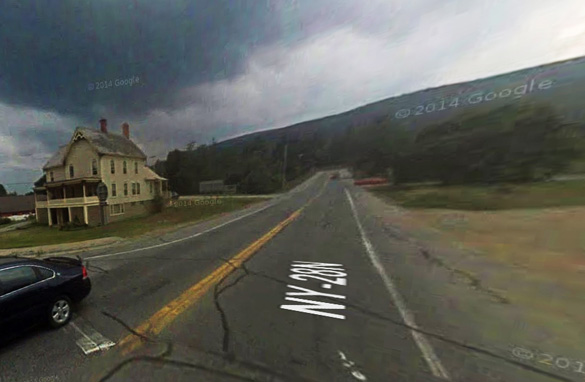 The objects came from the nearby mountain area and appeared to move in a controlled manner. (Credit: Google)