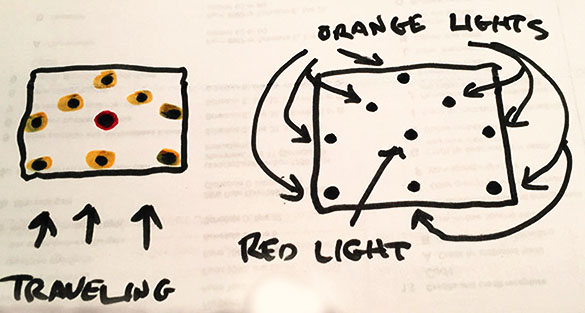 A California witness at Eureka stepped outside after hearing a loud, jet-like sound, and watched a rectangular-shaped object with odd lighting configuration crossing the sky, according to testimony in Case 81992 from the Mutual UFO Network (MUFON) witness reporting database. 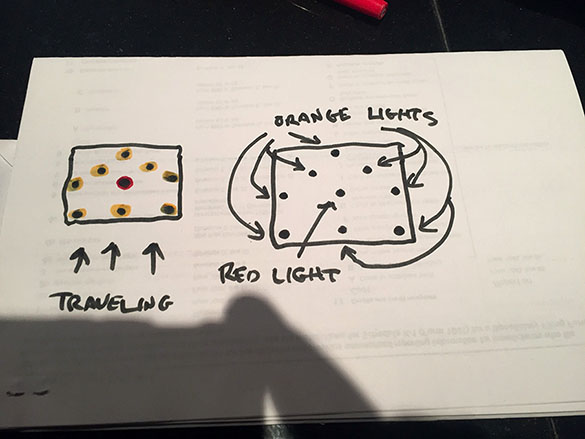 “I heard a very loud jet, similar to a common commercial jet sound, except it was much louder,” the witness stated.“I went out the back door onto the deck to take a look. At first I couldn’t figure out where the sound was coming from. I turned around and scanned the sky behind me toward the east. I then saw what at first I took for a really huge jet, like maybe a military cargo jet, until I realized it couldn’t be, as it looked at first like it had two sets of wings stacked one on top of the other like a bi-plane.”

The witness then noticed the object had a pulsing red light in the center and two big, orange lights that seemed too far behind it for it to be a plane.

“At that point, I said, ‘What the hell is that?’ My wife heard me and came out. I pointed at the object. She tells me to hurry and grab my binoculars, so I ran inside and grabbed them, which took about 10 seconds. I came out and the object was further away than I thought it should be, as if it was speeding up.” 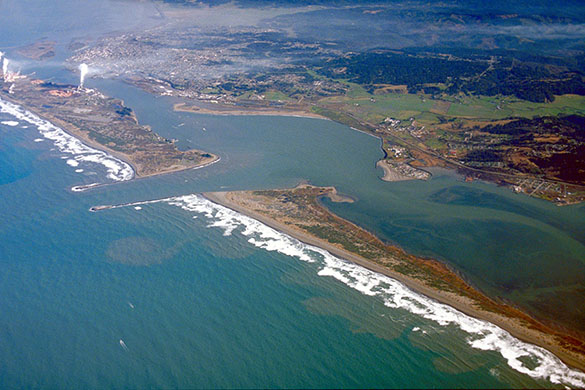 The object appeared to be rectangle-shaped. (Credit: Wikimedia Commons)

The witness the looked through his binoculars at the object.

“I saw a very large, square, or possibly a home plate-shaped object. I perceived it to be fairly flat. There were several orange lights on it configured in a sort of arrow shape, and it had a red pulsing light in the center. The orange lights on it were illuminating the surface of the object, which was a light color. My thought was that the light configuration looked like a swept wing bomber jet from the 40s, and that it might be trying to look like a plane, except with the binoculars, I could clearly see there was surface area to it, where there shouldn’t be if it was a plane. It was clearly rectangular.”

The object did not look like anything the witness could identify.

“The lights that would’ve been the tail of the plane were too far back, and too wide for a plane as well. Those lights were actually on the rear corners of the object. It travelled west to east in a straight line. As it got further away, it seemed to accelerate due to how fast it disappeared into the distance, as compared to the standard passenger jet flying by every so often.” 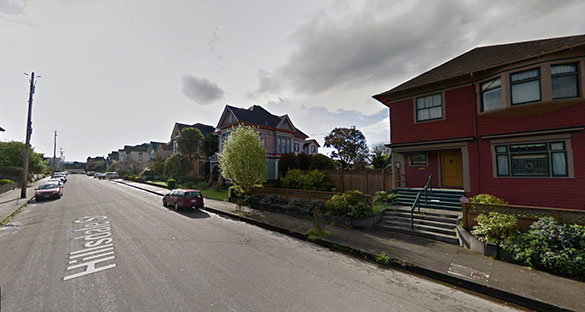 The witness has seen similar objects in the past.

“This is the second time I’ve seen this type of object in the last year and-a-half or so. This time it was a lot higher, different light configuration, and traveling much faster, but the flight path was the same. It is rare to see large jets flying west to east in this area. I checked the website flightaware.com and there were no flights in the area except for a local commuter coming into our little airport. That plane was still quite a ways away still.”

Eureka is the principal city and county seat of Humboldt County in the Redwood Empire region of California, population 27,191. MUFON California Assistant State Director Devlin Rugne closed this case as an Unknown. Please remember that most UFO sightings can be explained as something natural or man-made. The above quotes were edited for clarity. Please report UFO activity to MUFON.com.