A NASA scientist says we’re just a couple decades away from having conclusive proof of extraterrestrial life.

On Tuesday, April 7, NASA chief scientist Ellen Stofan spoke on a panel about water in the universe. Water is an essential ingredient for life as we know it. So astrobiologists typically focus the search for extraterrestrial life on worlds where water is present. 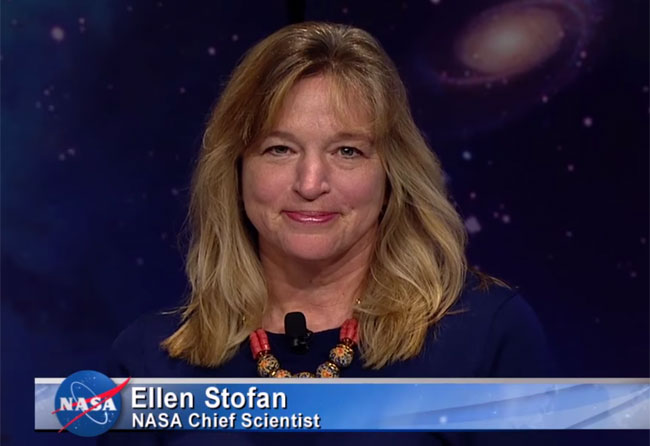 Also participating in this panel discussion was NASA’s astrophysics director Paul Hertz who explains that the Milky Way is “a soggy place.” He continues, “We can see water in the interstellar clouds from which planetary systems and stellar systems form. We can see water in the disks of debris that are going to become planetary systems around other stars, and we can even see comets being dissipated in other solar systems as [their] star evaporates them.”

Infographic showing the best-known candidates in our search for life in the solar system. (Credit: NASA)

Former astronaut John Grunsfeld agrees with Stofan, stating, “I think we’re one generation away in our solar system, whether it’s on an icy moon or on Mars, and one generation [away] on a planet around a nearby star.”

Stofan explains, “We know where to look. We know how to look.” She continues, “In most cases we have the technology, and we’re on a path to implementing it. And so I think we’re definitely on the road.” 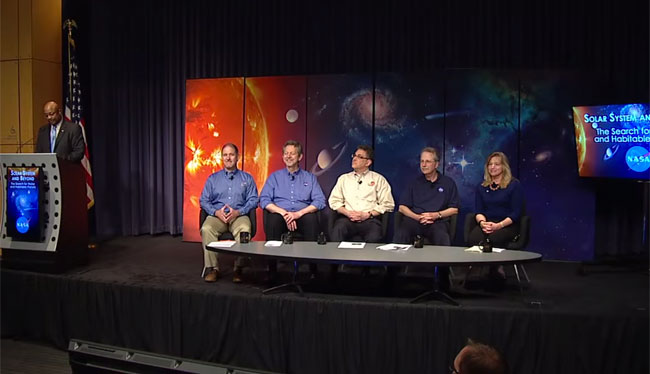 Other scientists have offered opinions in recent years about the impending official discovery of extraterrestrial life. Lord Martin Rees, former president of the Royal Society and Astronomer Royal, believes that extraterrestrial life could be found within forty years. And Seth Shostak, SETI Institute senior astronomer, has stated that “In the course of the next 20 years, it just might happen.” He’s explained, “There are other places in the solar system that might have liquid water. To find it requires mounting a big mission with rockets and robots and going to look. The timescale for that is 10, 20, 30 years, depending on the funding.”

The recent NASA panel discussion was broadcast live on the Internet. You can watch the entire event in the video at the top of this story.