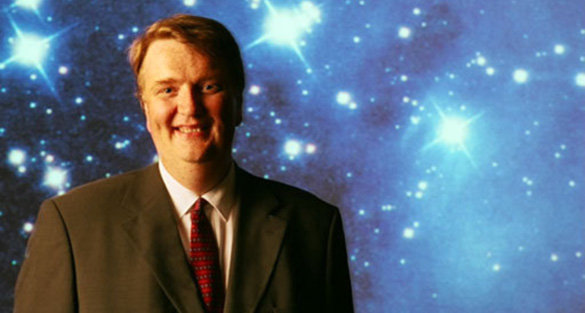 Professor examines religion and the search for extraterrestrial intelligence

In his new book titled Science, Religion, and the Search for Extraterrestrial Intelligence, Professor David Wilkinson examines the effect the discovery of life on other planets may have on religion. He also is not afraid to tackle the topic of UFOs, which he says is “too often dismissed.” 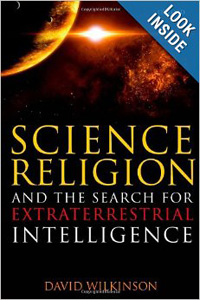 Book cover to Science, Religion, and the Search for Extraterrestrial Intelligence. Click the image to view at Amazon.com.

Wilkinson’s background makes him an authority, and the perfect person to give insight into this complex topic. He has a PhD in astrophysics, and another in Systemic Theology. He is also a fellow in the prestigious Royal Astronomical Society, and is the Principal at St. John’s College, Durham University, where he is also a Professor in the Department of Theology and Religion.

The British newspaper Durham Times recently interviewed Wilkinson about his book. Wilkinson says in every lecture he gives he is always asked whether he believes there is life elsewhere in the Universe. To him the underlying question that is implied is: “what is what would that mean for our current models of science and religious faith?”

As for the implications of the confirmation of extraterrestrial life, those are the topics the book tackles.

Wilkinson says Christian theologians are already discussing these issues. Some theorize that Jesus’ forgiveness extends to people of all planets, and other feel that each planet may have its own Jesus figure. However, Wilkinson suggests, “Maybe the only way we’ll know what God has done is if the little green men and women arrive and we have some kind of conversation.”

Some feel that extraterrestrials are already here. However, Wikinson says, “In the evidence I’ve looked at I find no definitive weight of evidence that says we are a visited planet.”

Still, he says UFO sightings should be taken seriously, including claims of extraterrestrial communication, visitation, and abduction. He says that although many of the claims are hoaxes and misidentifications, others are not so easily explained away.

Wilkinson says he is an avid supporter for the search for extraterrestrial intelligence and appreciates the history of the interactions between science and religion. He says, “It’s more subtle and fruitful than just conflict.”

I hope (by reading the book) people of religious faith will see the search for extraterrestrial intelligence isn’t a threat but is something they can be very supportive of.

Science, Religion, and the Search for Extraterrestrial Intelligence is currently available at Amazon.com.