After responding to a call regarding unusual lights in the sky, police in Lower Paxton Township, Pennsylvania say they also witnessed a UFO.

ABC 27 in Harrisburg reported on a UFO sighting in Lower Paxton Township Monday night. Resident Stephanie Wilkerson says she was enjoying a glass of wine when she spotted a strange light.

She told ABC 27, “I thought it was a plane until I realized it wasn’t moving. I watched it for about 20 minutes and I started noticing it changing colors.”

She called to her husband to come outside and also called a neighbor. She says her neighbor was amazed and got a pair of binoculars to get a closer look. At first the neighbor thought it was a planet, but he says it changed colors, turning yellow, which made him rule that out. 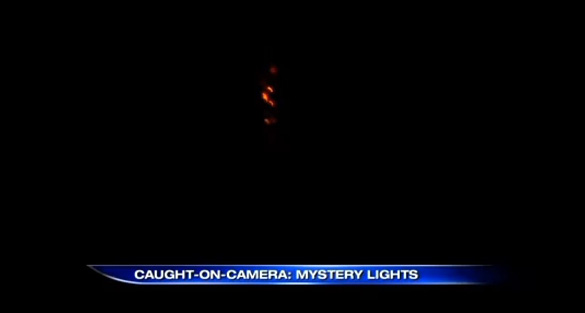 Wilkerson says she then decided it was time to call the cops. An officer came by, and apparently he was also baffled by what he saw, especially after seeing the object move when he looked at it through the binoculars.

ABC 27 interviewed Lt. Gary Seefeldt of the Lower Paxton Township police, who said, “He went there, and apparently he saw them too. So he called his sergeant and his corporal to verify what he was seeing.”

The police called nearby Fort Indiantown Gap Army and National Guard post, and Harrisburg International Airport. Both said they had no aircraft activity in the area at that time.

The police wrote up an incident report, but were left baffled.

Seefeldt says, “Our officers saw something that was out of the ordinary for the night sky.”

ABC 27 reporter Mark Hall asked some of the neighbors if they had also seen the lights. He says one neighbor said her husband saw the “thing,” but thought it was a helicopter. Another neighbor said they saw the same “thing” Friday night.

Hall says for the most part, residents are not sure what that “thing” was they saw.

“All I know is I’m scared,” Wilkerson told Hall.

She says, “For me to see that, I am now a believer…in UFOs.”