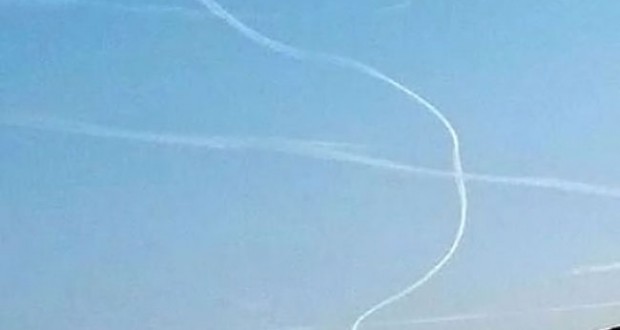 An unusual bent contrail was seen in the sky above Southsea, Hampshire in England at approximately 7:20 a.m. on Monday, September 22.

Florence Lehmann, a local teacher, noticed the peculiar contrail and photographed it. “It’s really weird,” she explains. “It looks like the pilot sneezed or fell asleep.” She continues, “Somebody said a UFO had been spotted recently in the area and the pilot had tried to avoid it, which I quite like the sound of.” 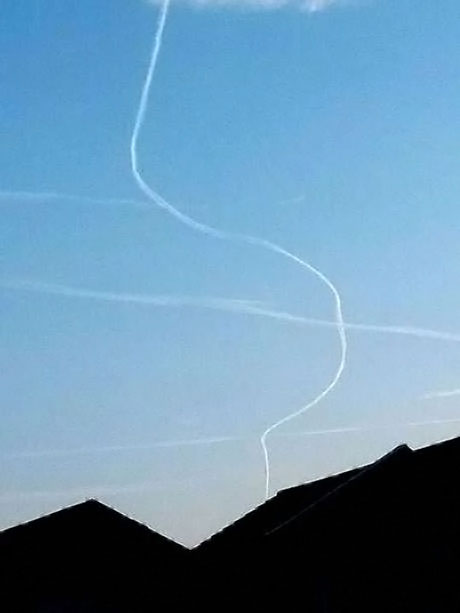 Although wind can eventually distort a plane’s contrail, there was reportedly no wind that morning, and witnesses claim the plane physically changed its flight path.

According to the Independent, Local air traffic control company NATS doesn’t know why the plane suddenly changed its direction. “Unfortunately NATS has no knowledge of the purpose of any given flight and we do not identify individual aircraft to members of the public,” explains an air traffic control spokesperson.

It is unclear if witnesses actually observed a UFO and/or if witnesses saw the plane as it swerved. Those details aside, there is no official explanation for why the plane over Southsea suddenly altered its course.