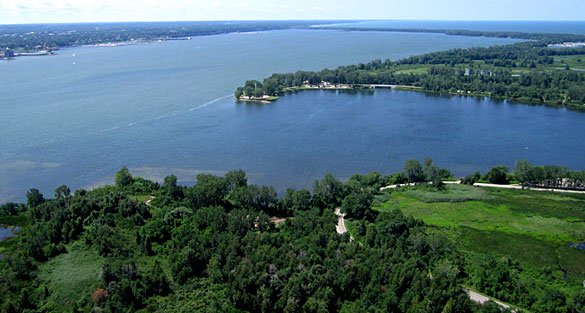 A Pennsylvania witness near Erie reported watching a triangle-shaped object that glowed orange and moved directly overhead under 500 feet, according to testimony in Case 65789 from the Mutual UFO Network (MUFON) witness reporting database.

The witness had just finished fishing on Misery Bay at Presque Isle State Park about 8:25 p.m. on May 8, 2015, when the object was first seen shortly after getting into his truck. 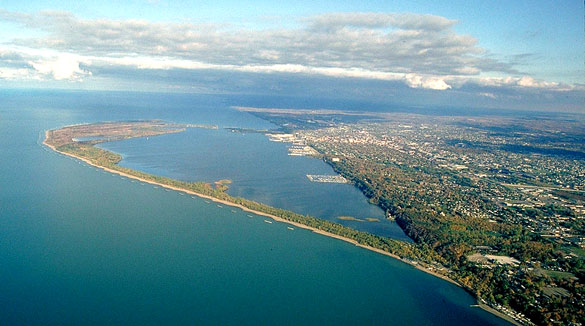 The witness said the object was hovering near Perry’s Monument. Pictured: Aerial view of Presque Isle toward the east-northeast. (Credit: Wikimedia Commons) 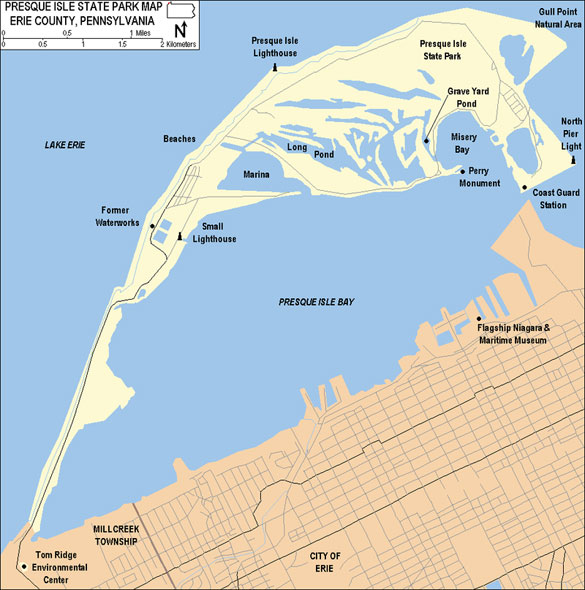 The light appeared to be moving toward the witness.

“The light was coming closer. The intensity of the brightness emanating from it increased as it neared. There were other people present around the monument area and parking lot but they seemed oblivious to the entire event.”

The witness was having trouble driving and watching the object at the same time as he crossed the bridge.

“I was fixated on it, driving half in one lane, half in the other.”

“As the thing got directly over me it slowed down and changed direction almost as if it noticed that I noticed it.”

The witness pulled into the Perry’s Monument parking area and put the truck in park to focus on the object.

“The craft was triangular in shape, not congruent. It was solid but I could not distinguish fine detail because the entire surface area was bright glowing orange – almost like steel heated in a blast furnace. The craft hovered at its original altitude over the road. Could not take my eyes off of it.” 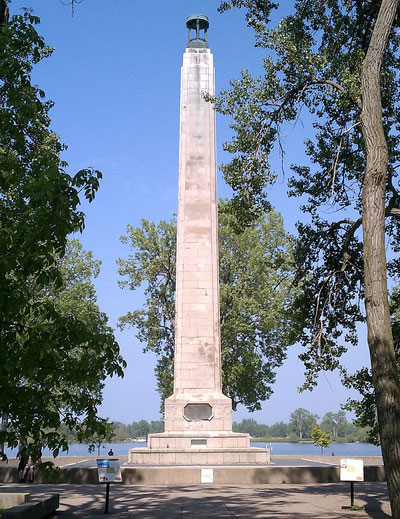 The UFO eventually moved west toward the northern shore of the peninsula. Pictured: The Perry Monument on Presque Isle commemorates the U.S. naval victory on Lake Erie in the War of 1812. (Credit: Wikimedia Commons)

“In that brief moment I actually felt uncertainty and fear as I did not know what would happen next. The craft then began to move at first north and then west. It looked like it was moving down the northern shore of the peninsula.”

The witness attempted to follow the object, but ran out of roadway.

“The whole event lasted only 3 to 4 minutes.”

Presque Isle State Park is a Pennsylvania state park on an arching, sandy peninsula that juts into Lake Erie, 4 miles west of the city of Erie, in Millcreek Township, Erie County, Pennsylvania.