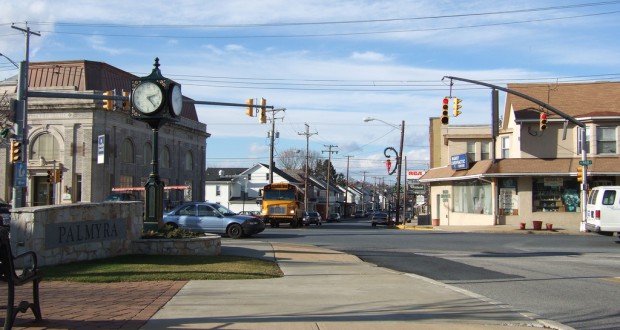 A Pennsylvania witness at Palmyra reported watching a large, black, V-shaped UFO that appeared “shimmery” in the night sky, according to testimony in Case 64079 from the Mutual UFO Network (MUFON) witness reporting database.

The witness was outside walking a dog and searching the sky for satellites using a phone app when the object was first seen beginning at 8:22 p.m. on March 18, 2015.

“After finding and watching three satellites and not finding the fourth, I heard and saw one of our UH-60s flying past Hershey Park on their way back to Fort Indiantown Gap. While watching the helicopter and noticing that several other airplanes and commuter jets were in the air on such a clear chilly night, I detected movement out of the corner of my eye.” 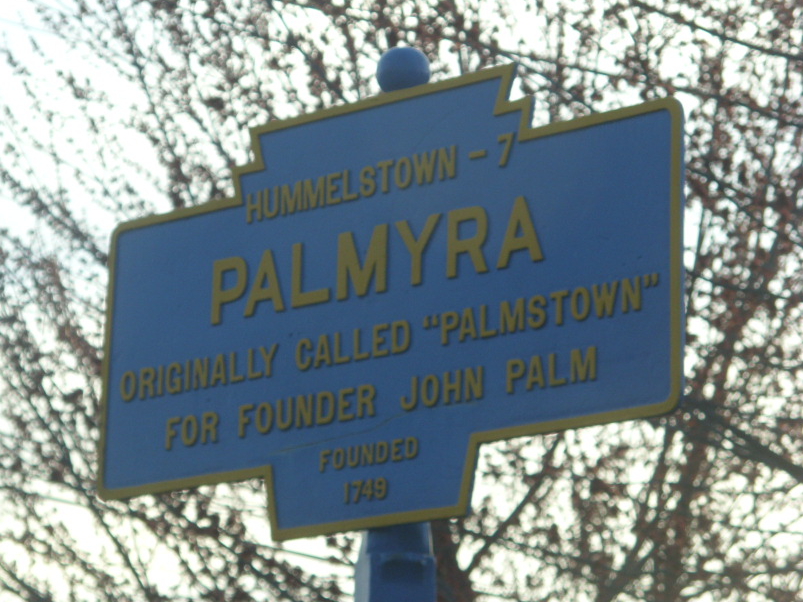 Looking at the object directly, the witness said the red lights were very dim and the craft was shimmery almost like ‘Star Trek’ cloaking. Pictured: Town marker. (Credit: Wikimedia Commons)

The witness noticed the unusual object.

“I turned my head and there was a giant black V flying from the southeast to northwest. It had to my best recall, six red lights that I could see on the lower left wing, one under the nose and one I could make out under the right wing in the further most aft position.”

The witness tried to gather as much information as possible during the short sighting.

“With my arm fully extended and the right hand thumb and index finger fully extended – that was the size from nose tip to trailing edge of a wing. It was completely silent. It travelled a heading of about 320-330 degrees. It passed over and just behind the Blackhawk I was watching. All other air traffic was unaffected.”

The object had an odd characteristic.

The object appeared as though it was sliding along in the sky.

“It wasn’t like it was flying. It was like it was sliding on a solid surface. It was so smooth, fast and silent. Whole exposure time was about 5 seconds. To the average person that may not sound like much, but to a aircrew member, five seconds can be an eternity when the adrenaline and training kicks in. I tried to get a picture with my cell phone, but once you took your eyes off the craft it was hard to re-acquire the target. Then a tree was in the way and then I snapped a picture in the area it would have been in, but it was inside the satellite app of my iPhone.” 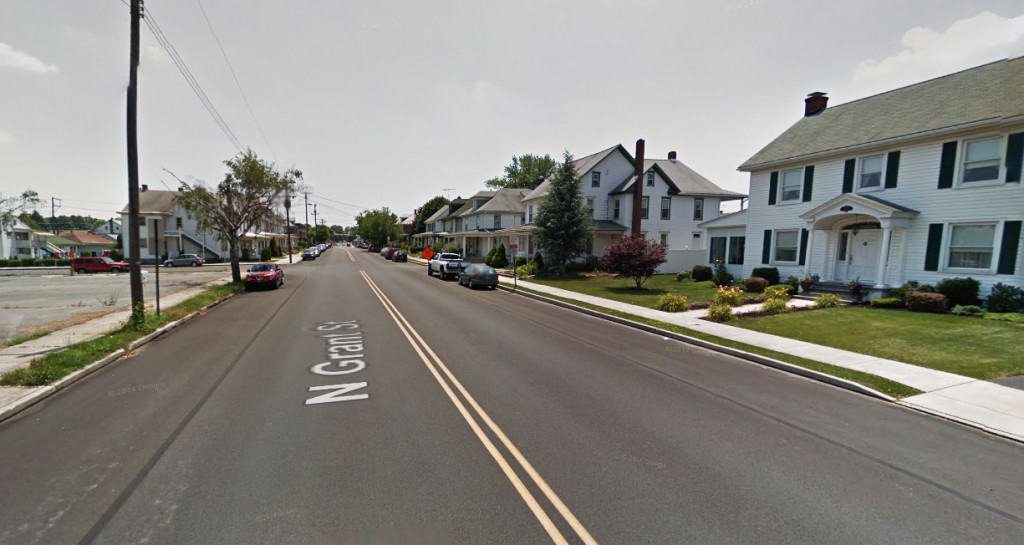 The witness is speculating on the object.

“Doing my own research it mostly resembled the V from Phoenix. My educated guess on altitude and airspeed would be 5,000 feet and 1,000 mph. with zero sound. Heading 320-330 degrees and size estimate 300-350 feet long nose to tail/end of wing.”

“Twenty-four years military service; still active National Guard. Enlisted for 15 years and now a Warrant Officer since 2006. I spent my whole career in aviation and most of it flying and crewing CH-47 Chinooks. Now a course writer and platform instructor. I know aviation well and I am trained to react and work under pressure and unusual environments. After the sighting, I finished with the measurements.”

Palmyra is a borough in Lebanon County, PA, population 7,096.