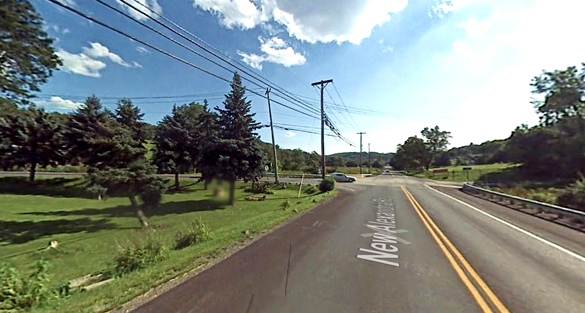 A Pennsylvania witness at Bovard recalled a UFO incident from 1998 when an unknown object hovered just 20 feet over a neighborhood basketball court, according to testimony in Case 73693 from the Mutual UFO Network (MUFON) witness reporting database. 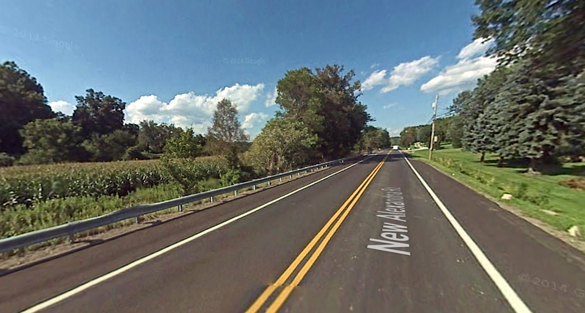 The witness was a boy in 1998 when the UFO appeared during a Halloween prank. Pictured: Bovard, PA. (Credit: Google)

The witness was a young boy in 1998 on the night before Halloween and was out with a few friends “corning” cars.

“As the night went on we soon got bored and needed a little more excitement,” the witness stated.“I had a m100 firework, which is a very small explosive device. One of my friends came up with the bright idea to throw it in another kid’s mailbox as a prank. We didn’t really realize what we were getting ourselves into.”

One of the witnesses’ friends lit the firework and threw it into the mailbox.

“We took off running toward the playground, crossing a creek on the way. As we were running we heard what was a very, very, loud boom. We kept running, and then about one minute after the explosion as we crossed the playground something stopped us in our tracks.”

The UFO appeared nearby.

“As we turned around to see where a sudden light source that came out of nowhere was – there was something hovering about 20 feet over the same basketball court we just seconds earlier ran across.”

The kids stopped in their tracks, mouths wide open – and no one said a word. 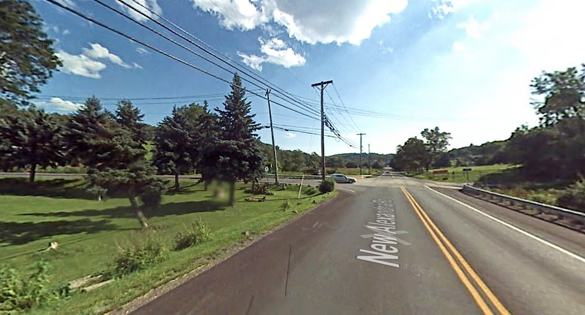 The UFO appeared 20 feet over a basketball court. The UFO suddenly disappeared a few minutes after it appeared. Pictured: Bovard, PA. (Credit: Google)

“Then all the sudden after it hovered for a few minutes – it was just gone. There was no noise and no air coming from the object. The light was way too bright to see the size or shape of the object. I always thought it had to be a government technology that the public doesn’t know about because it was there because of the explosion that took place right before the sighting. The funny thing is that none of us there that night ever told anyone nor did we even say anything to each other about the event.”

Bovard is an unincorporated community and coal town in Westmoreland County, PA, near Greensburg. Please remember that most UFO sightings can be explained as something natural or man-made. The above quotes were edited for clarity. Please report UFO activity to MUFON.com.