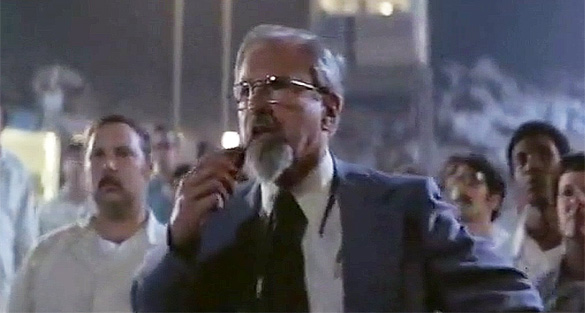 Paul Hynek has worked in tech and entertainment and is currently a business consultant. Paul is also a former adjunct professor at Pepperdine University, and is presently a consultant for HISTORY’s new series Project Blue Book, based on a real project to investigate UFOs from 1952 to 1969. Paul is the son of Dr. J. Allen Hynek, an astronomer who worked with the U.S. Air Force investigating UFO cases from 1948 to the end of Blue Book in 1969. A character based on J. Allen Hynek is the lead character in the series.

Paul’s father began his investigation with USAF as a skeptic, but by the time Blue Book ended, he was convinced some UFO cases posed a real mystery. The HISTORY series is not sticking strictly to the facts, but it is attempting to portray the people and events as accurately as possible. In this interview, we talk to Paul about the production of the new series, his father’s UFO work, and how he hopes the show will affect viewers and perceptions of the UFO phenomenon.