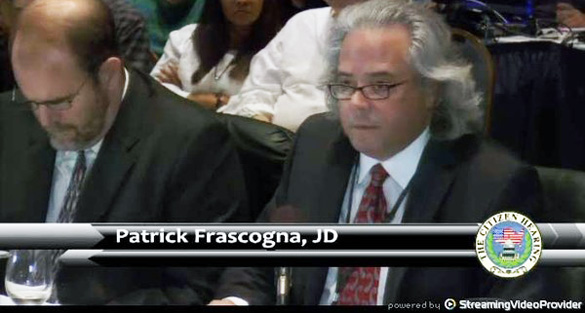 Open Minds UFO Radio: Pat Frascogna is a lawyer who has taken up the case of two men who were witnesses to one of the most important UFO events. John Burroughs and Jim Penniston were part of Air Force Security at Bentwaters Air Force Base in 1980 when they were sent to check out anomalous lights being seen in Rendlesham Forest. They both got close to a large, bright, glowing light, and Penniston says he examined and touched a triangular craft that floated above the forest floor. The next night, many other base personnel, including the deputy base commander, also saw UFOs.

Burroughs and Penniston now suspect that medical issues they have developed may be related to their UFO experience. However, the government has withheld their medical records. They enlisted the help of Frascogna, who we talk to about their efforts to get these records. Some of which, Frascogna believes have been classified.