An Oregon witness at LaGrange reported watching and videotaping a glowing, disc-shaped UFO, according to testimony in Case 53207 from the Mutual UFO Network (MUFON) witness reporting database. 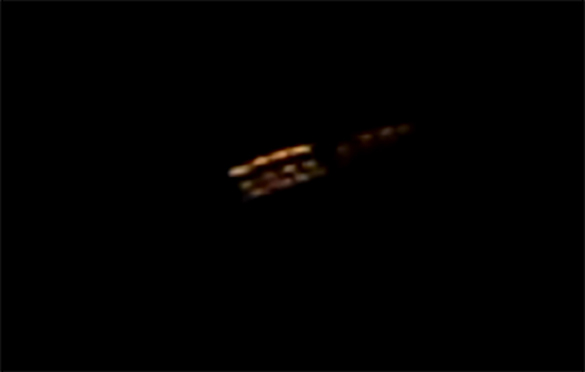 The witness said the object was a reddish-white color and disc-shaped. Pictured: Cropped and enlarged portion of the witness video. (Credit: MUFON)

The reporting witness and his wife were outside on a balcony having a barbecue when the object was first seen about 10:05 p.m. on August 15, 2013.

“I knew immediately it wasn’t something normal,” the witness stated.“I was taking the video when It either blasted off so fast we could not see or literally just disappeared.”

The case was originally reported to MUFON January 3, 2014, and investigated by Oregon Assistant State Director Keith Rowell and closed as an Unknown. 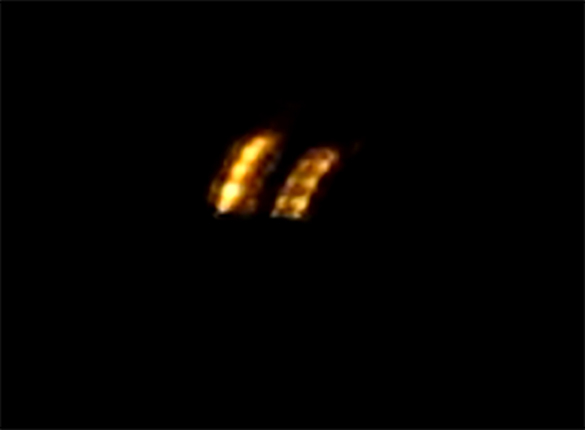 The witness believes the object had windows and a dome. Pictured: Cropped and enlarged portion of the witness video. (Credit: MUFON)

“According to the check-off data in the witness report, the object they saw maneuvered around a bit in the sky and was a reddish/whitish craft-like object that flashed randomly and seemed to be glowing,” Rowell stated in his report.“They believed the object was disk-shaped and had windows and a dome. This was not reflected in the video (this is almost never the case), but the video does most definitely reveal a strangely and fast-changing, lighted image.”

While analyzing the video, Rowell stated he thought of two possible identifications for this UFO.

“Hobbyist RC aircraft and burning balloon-like object. However, neither object really fits all the characteristics shown clearly in the video. The RC object is unlikely because the object varies in shape too radically many times and the color varies from virtually washed out white to reddish/yellowish. The internal image structure of a lighted RC would be more regular, even if it was a randomly programmed, ‘light show’ type of RC craft. The burning object would fit the seemingly random look of the object in the video, but the described movement, which is somewhat apparent in the video is just not characteristic of a drifting, burning, airborne object. The image in the video simply does not match normal Chinese sky lanterns, aircraft, Venus, shooting stars, etc.” 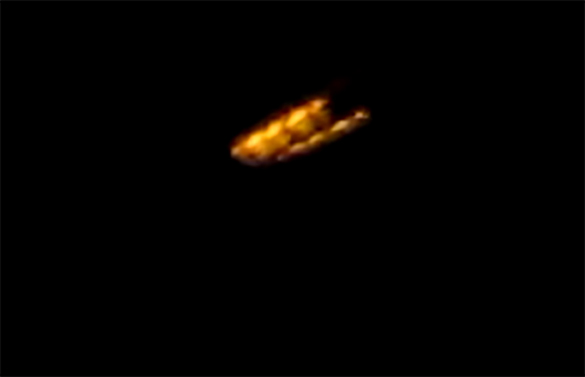 The object made many fast moves that the witness said traditional man-made objects could not perform. Pictured: Cropped and enlarged portion of the witness video. (Credit: MUFON)

LaGrange is a city in Union County, Oregon, population 13,082. Please remember that most UFO sightings can be explained as something natural or man-made. The above quotes were edited for clarity. Please report UFO activity to MUFON.com.