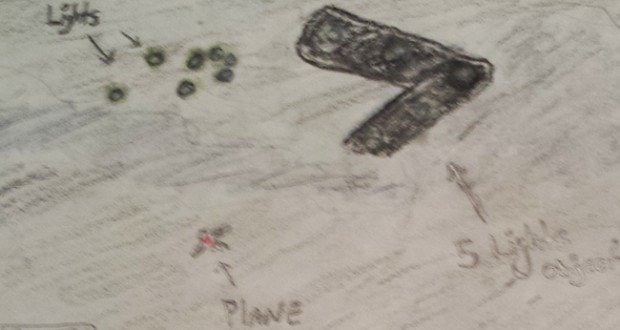 An Oregon witness at Canby was reminded of the 1997 Phoenix Lights case when he saw five lights crossing the sky in a V-formation about 6:30 p.m. on January 20, 2015, according to testimony in Case 62776 from the Mutual UFO Network (MUFON) witness reporting database.

The reporting witness describes being in his backyard attempting to see the comet Lovejoy when the object first came into view.

“I was sitting in a zero gravity lawn chair with a patio steel chair sitting in front of me to steady my binoculars for better viewing of the comet,” the witness stated. “I could see satellites, and airplanes, but no comet.”

Frustrated at not seeing the comet, his girlfriend came outside to join him.

“Obama was giving his speech and talking about two years of free college (a good time reference). I shrugged her comments off and expressed my frustrations with not being able to find this comet, pointing out where I believed it was and where I was told it would be, pointing things out in the sky. I pointed out the star formation Pleiades and then I pointed out a satellite close by and started scanning the sky for more things I could point out to her.”

But then the unusual object was seen. 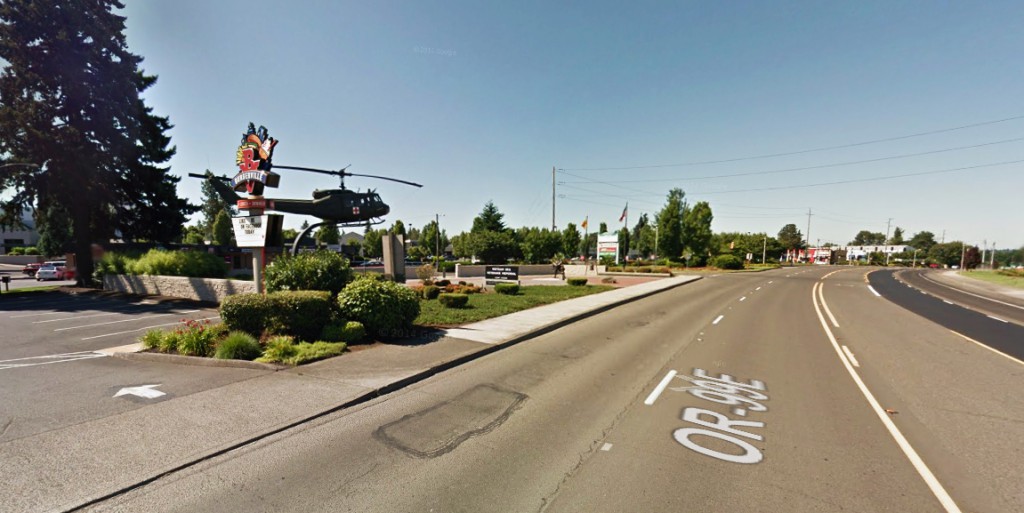 The Canby, Oregon, witness said he saw lights in a V-shape pattern closely followed by six or seven lights of the same frequency and size. Pictured: Canby, Oregon. (Credit: Google)

“Gazing into the northwest, something caught my eye. My thought process went as follows – satellite, shooting stars, to an actual object bigger than I have ever seen before.”

The witness screamed to his girlfriend to look at the object.

“I was seeing five lights in a V-shape pattern closely followed by six or seven lights of the same frequency and size. The V-shape was one single, large object, dark enough to see through the clouds and blocking starlight as it passed. It was amazing and short lived.”

The witness then remembered that he was holding binoculars, raised them for a better look, but was unsuccessful. 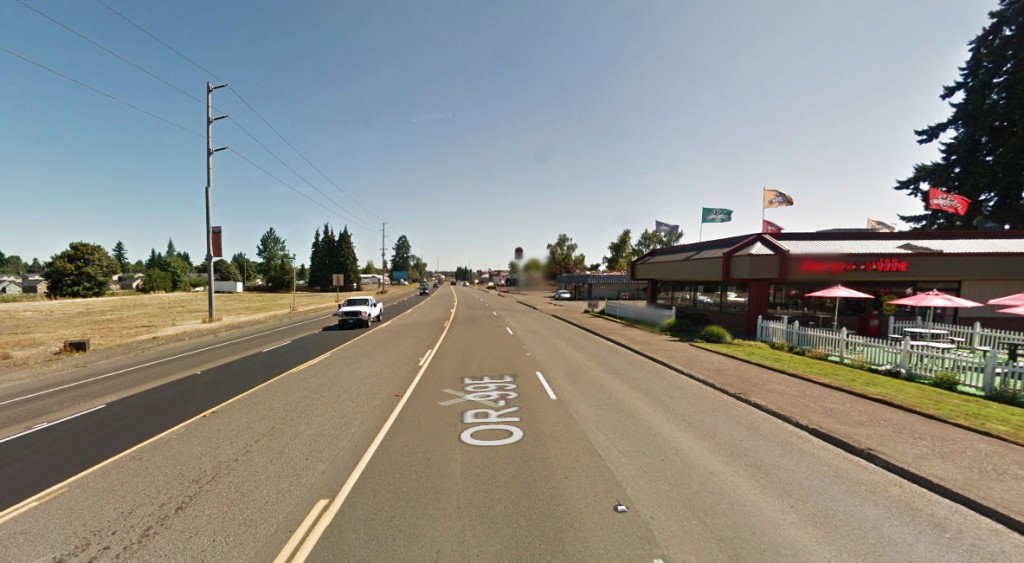 The witness said the lights were dim, but put off a haze or a slight glow. Pictured: Canby, Oregon. (Credit: Google)

“The lights were dim, but put off a haze or a slight glow. It was fast and there was a plane just below the object as it passed. Please don’t get me wrong – this object was nowhere near the plane and traveled at a much, much faster pace. Man, the V-shape was jaw dropping when I could make out the full object. I couldn’t make out what the other lights were, but just lights traveling at the same pace not far behind. It seemed to be traveling west to north spotting in the northwest at about 45 degrees of the horizon.”

Canby is a city in Clackamas County, Oregon, population 15,829.

A second Utah witness in nearby Oregon City, also in Clackamas County, reported watching three lights hovering in a straight line that quickly darted away as described in Case 62783. The event date and time is listed as 7:30 p.m., January 20, but the year is shown as 2014. It is possible with the New Year just arriving that the witness meant the year as 2015. If this is discovered to be true during the investigation, it would mean that this witness saw the object just one hour later than the Canby witness and about eight miles north of Canby.

The witness at Oregon City first saw what they thought was a drone.

“I pulled out of my apt to see a drone-type plane fly away from the sighting prior to me seeing the UFO. But it didn’t look like the normal military drone. Looked like small plane but with only red, slow flashing lights. It was a lot smaller than a plane and closer to the ground.”

The witness then drove to a stop light about 100 feet from his apartment.

“I saw a diagonal line of three ‘big’ star-shaped (circle-ish) lights hovering. Then all of a sudden they darted across the sky – going to the left side of my car. It moved very quickly. Basically just saw a flash of light trail and they were gone. I thought at first it was stars, but they were too big and too close to the ground to be stars. I was very shocked and curious when this happened.” 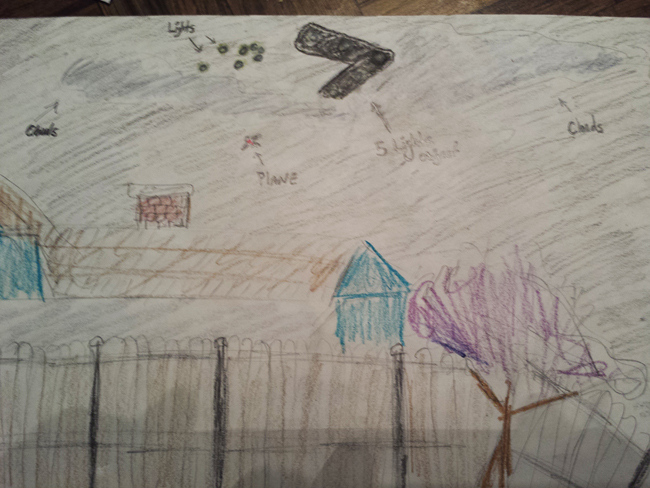