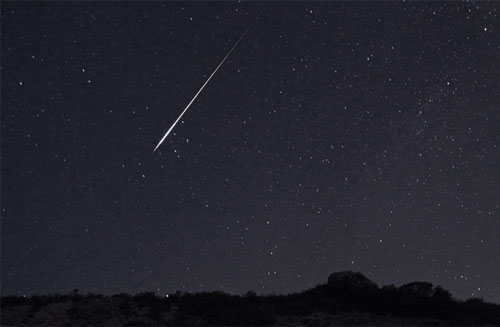 On Tuesday, July 30, the Orange County Sheriff’s Department received calls at approximately 12:15 a.m. from concerned residents in Lake Forest, California’s Foothill Ranch community about a loud explosion and a flash of light. 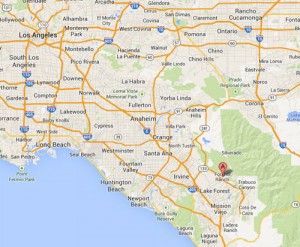 KTLA describes that the “thunderous boom rattled windows, scared pets and startled homeowners from their sleep.” The Los Angeles Times further explains, “Entire neighborhoods emptied into the streets in the middle of the night . . . with some [residents]pointing to what looked like a cloudy path overhead as the telltale sign of some galactic visitor.” As some residents speculated that a UFO crashed nearby, Lt. Jeff Hallock of the Orange County Sheriff’s Department says deputies speculated that the bright flash and loud boom were the results of a meteorite crashing to Earth.

According to the Los Angeles Times, “Southern California Edison said there were no explosions in that area Tuesday morning. The Orange County Fire Authority didn’t respond to any explosions and the Jet Propulsion Laboratory in Pasadena didn’t spot any asteroids.” Seven sheriff’s deputies and a helicopter reportedly combed the area within thirty minutes of the initial reports. But the initial investigation found nothing.

Now authorities are considering the possibility that a commercial-grade firework could be the culprit. According to KTLA, firework debris was discovered in a resident’s backyard. And Lt. Hallock informed the Los Angeles Times that the Orange County Sheriff’s Department bomb squad determined the blast was “probably a 2-to-3-inch air-burst pyrotechnic mortar, which is a fancy name for a commercial firework, (which is illegal).”