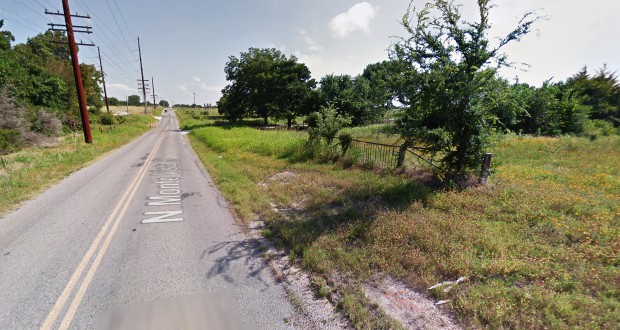 An Oklahoma witness at Ada reported watching two objects hovering under 300 feet just south of his home, according to testimony in Case 63403 from the Mutual UFO Network (MUFON) witness reporting database.

The reporting witness was in his living room at 9:32 p.m. on Friday, February 13, 2015, when he noticed that his son had driven onto his property, but his vehicle was stopped near the gate approximately 300 feet east of the house.

“He sat there about 10 minutes or so,” the witness stated. “I thought it was a bit unusual, but I have seen him drive past the house down into the pasture checking out deer or coyotes, so I didn’t think much of it.”

A short while later the son came into the house.

“Both were a dull orange color. The diamond-shaped object seemed to ‘sparkle’ while the donut remained a dull orange the entire time we observed it.”

The witness went back inside to retrieve binoculars hoping to see more details, but they only made the objects seem brighter. 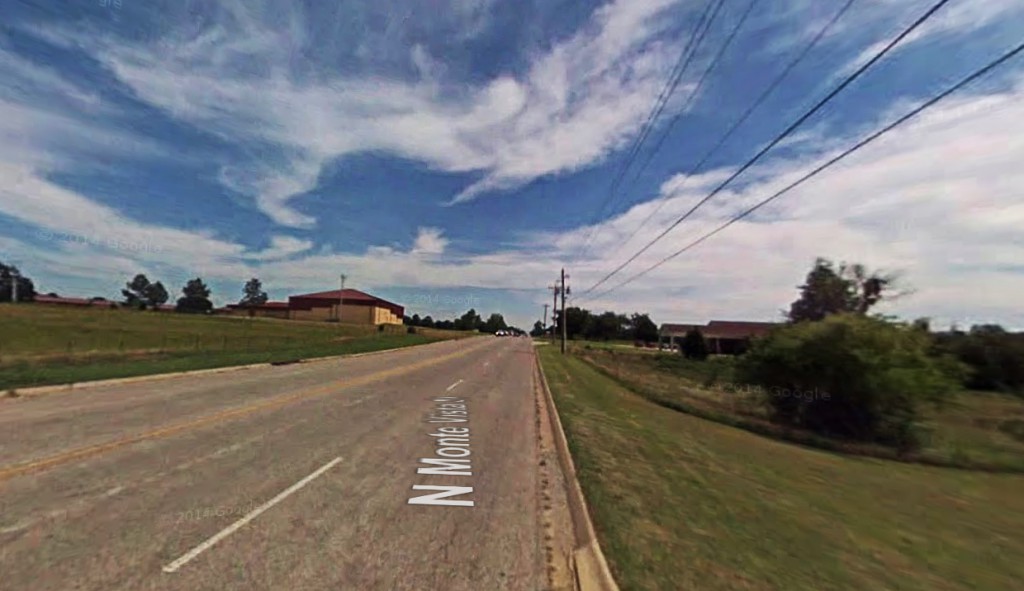 One of the objects was diamond-shaped about 300 or so feet above the ground and the other was a thick donut-shape about 150 feet up and maybe 100 feet west of the diamond-shaped object. Pictured: Ada, OK. (Credit: Google)

The larger object then began to move.

“After approximately 10 minutes or so we noticed the larger object, the diamond-shaped one, started moving very slowly to the east. Soon it was behind the trees.”

The two then moved to the front or east side of the house for a better look.

“We couldn’t see it at this point but could see the glow behind the trees, so we moved out by the road in front of the house just as the object moved east out of the trees.”

“As it moved across the road it started to rise. By the time it had crossed the road it was maybe 700-800 feet up. It sat there maybe 10 minutes or so. At this point we noticed a plane maybe five miles or so east of the house moving north to south and it was at this time that I noticed we could hear the plane, but there was absolutely no noise coming from either object we were looking at.”

They turned their attention back to the smaller object.

“The donut-shaped object had not moved at all. After about 10 minutes of hovering above the trees east of our county road the larger object started moving east again climbing to about 1,000 feet and then it started moving north, climbed to about 1,500 feet, and started flashing lights. We watched it move north until it was out of sight.”

The smaller object remained in place.

“The donut-shaped object never moved at all and eventually seemed to fade away. After a few more minutes we went back into the house. The diamond-shaped object was maybe the size of a 727 and the donut-shaped object was about one third that size. I spent 27 years in the military and have lived all over the world. I was part of the Third Marine Air Wing and so was around aircraft most of my life and I have never seen anything like what I saw that night.

Ada is a city in and the county seat of Pontotoc County, Oklahoma, population 16,810. No photos or videos were included with the MUFON report, which was filed on February 17, 2015. Oklahoma MUFON is investigating. 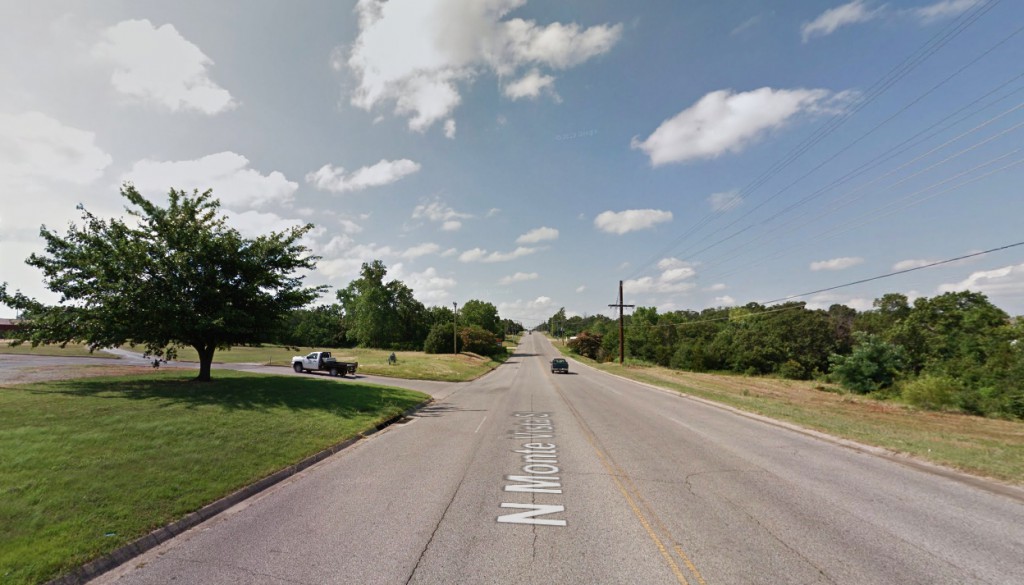 The larger object slowly moved away while the smaller object remained hovering and seemed to fade away. Pictured: Ada, OK. (Credit: Google)

Oklahoma is currently a UFO Alert Level 5 – with 0.52 sightings per million population based on MUFON January 2015 statistics. Oklahoma received a total of two UFO reports in January.