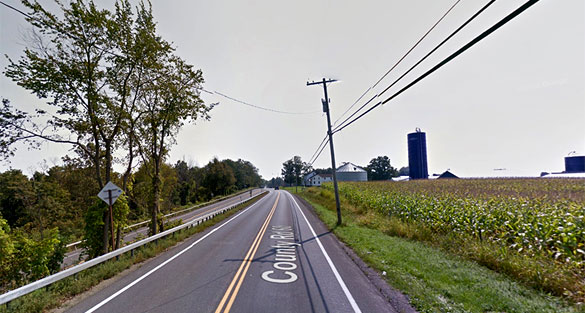 A New York witness at Rome reported watching a UFO hovering at the treetop level that made no sound, according to testimony in Case 73684 from the Mutual UFO Network (MUFON) witness reporting database. 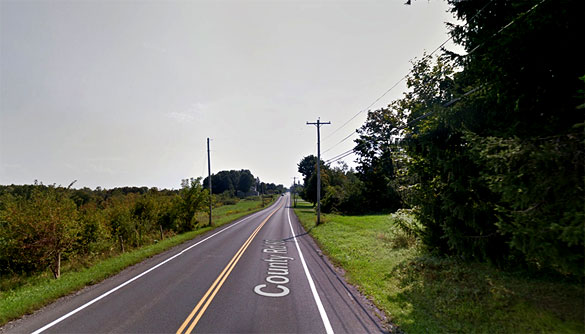 The witness was driving along Elmer Hill Road in Rome, NY, pictured, when he first thought an airplane was flying nearby at the treetop level. (Credit: Google)

The witness was driving home with his girlfriend about 8:30 p.m. on January 6, 2016, along Elmer Hill Road in Rome, NY, when the incident occurred.

“I saw what looked like an extremely low flying plane flying above the tree tops,” the witness stated.“It had three white lights on it and one red light underneath.”

As the witness moved closer to the object, he realized it was not moving – but was instead hovering. 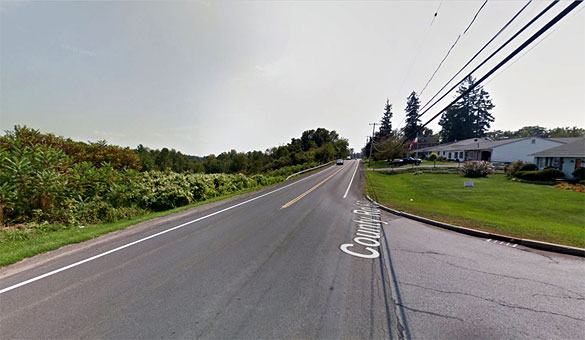 As the witness moved closer to the object, he realized it was hovering. Pictured: The area in Rome, NY, where the witness saw the UFO. (Credit: Google)

“It literally turned towards us in the air and flew/hovered directly above us. It made absolutely no sound and turned on a dime. It was the size of a normal jet, but was flat rectangular/diamond shape with a dome on top. I only could see that because the UFO literally flew right above us. It was a pretty scary experience, and completely real. I’ve never seen anything like it and was completely amazed.”

The case was reported to MUFON on January 6, 2016, and is under investigation by New York MUFON Field Investigator Bob Kasseland Chief Investigator Nicholas Voulgaris. No images or videos were included with the report. 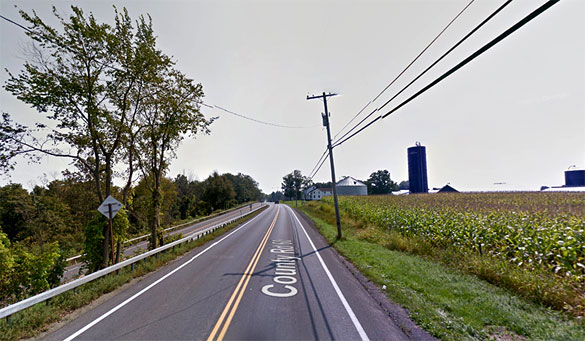 The UFO flew right over the witness, who reported it was the size of a jet. Pictured: The area in Rome, NY, where the witness saw the UFO. (Credit: Google)

Rome is in Oneida County, NY, population 33,725. Please remember that most UFO sightings can be explained as something natural or man-made. The above quotes were edited for clarity. Please report UFO activity to MUFON.com.