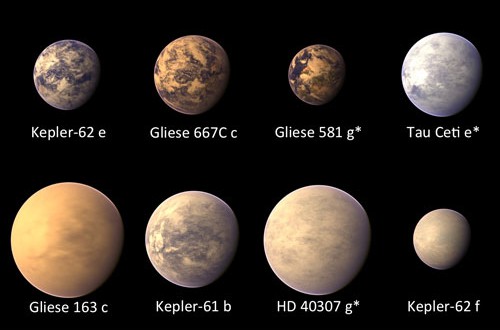 The first planets outside our solar system were discovered in 1992. In the short span of two decades, the number of confirmed exoplanets has exploded. The University of Puerto Rico at Arecibo’s Planetary Habitability Laboratory maintains a tally of confirmed planets. According to this Habitable Exoplanets Catalog, nearly 1,000 exoplanets have been confirmed.

NASA’s Kepler space telescope has been a valuable tool in the hunt for alien worlds. So it is unfortunate that the telescope’s mission was forced to end in the summer of 2013 after two of spacecraft’s four reaction wheels failed, eliminating the ability of the telescope to maintain positioning. But scientists are confident that many more planets will be discovered after sifting through Kepler’s four years worth of data. Since its launch in 2009, Kepler has identified more than 3,500 planet candidates, and scientists expect at least ninety percent will end up being confirmed.

The Kepler mission team is exploring alternative uses for the handicapped telescope. And although its mechanical woes are a blow to the search for alien planets, Kepler is not the only planet-hunting telescope. 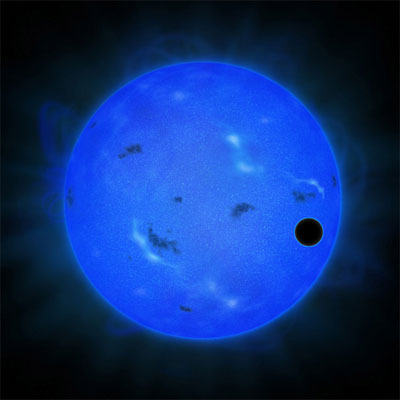 The MEarth Project, an astronomical survey that is using robotic telescopes at the Fred Lawrence Whipple Observatory on Mt. Hopkins, Arizona to search for Earth-like exoplanets, detected Gliese 1214 b in 2009. This nearby alien planet was confirmed by the European Space Agency’s High Accuracy Radial velocity Planet Searcher in Chile, and was determined to be six times the size of the Earth.

Scientists recently announced that, by using the Subaru Telescope in Mauna Kea, Hawaii, they were able to conclude that Gliese 1214 b’s atmosphere contains significant amounts of water, but not liquid water like on Earth. According to Norio Narita of the National Astronomical Observatory of Japan, “As the temperature and pressure are so high, water is not in a usual form (vapor, liquid, or solid), but in an ionic or plasma form at the bottom the atmosphere — namely the interior — of Gliese 1214 b.” Space.com explains, “Though water is often considered a necessary ingredient for life by scientists, Narita doesn’t think that the super-Earth will be promising due to its close orbit, which lies within the star’s habitable zone, the region where liquid water can exist.”

But even if Gliese 1214 b is void of life, that’s OK. A recent estimate suggests that sixty billion planets in the Milky Way galaxy alone may support life. The previous estimate was doubled after researchers considering how cloud cover might help an alien planet support life. 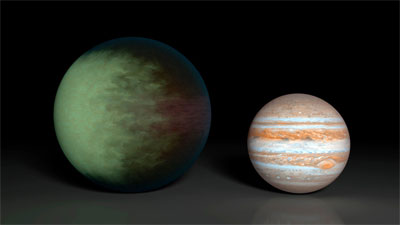 And by using data from NASA’s Kepler and Spitzer space telescopes, astronomers just created the first cloud map of a planet beyond our solar system. The Daily Galaxy explains, “The findings are an early step toward using similar techniques to study the atmospheres of planets more like Earth in composition and size.”

Several tools, both Earth-based and space-based, are currently searching for alien worlds. And future tools like the James Webb Space Telescope will allow scientists to better analyze the atmospheres of exoplanets. Although the search for extraterrestrial life began long ago, it’s still in its infancy. So many exciting discoveries have already been made. And although the number of confirmed exoplanets is nearing 1,000, the most exciting discoveries are surely yet to come.