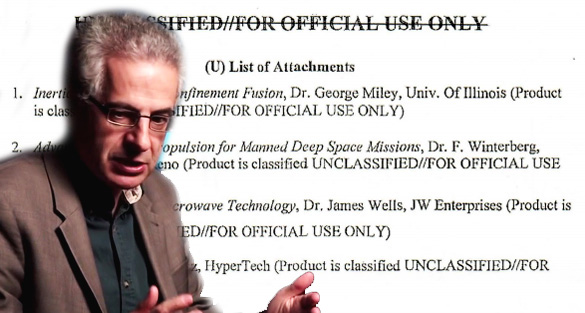 Open Minds UFO Radio: Nick Pope worked for the British government’s Ministry of Defense (MoD) for nearly 20 years beginning in the mid-1980s. For several of those years, Nick staffed the UFO desk, investigating UFOs and handling press inquiries on the matter. He now as a media commentator and freelance journalists, often invited by major news networks to share insight into the UFO phenomenon and governments reactions.

In this episode, we discuss recent UFO news regarding the US and British governments. In the UK, the MoD has released what they claim are the final UFO documents in their files. According to Nick, these documents show there were disagreements between various departments on how to handle the UFO issue. In the US, the Department of Defense (DoD) has also been sending mixed messages on the UFO matter.

BONUS INTERVIEW: At the end of the show, we also got in a quick interview with Anthony Lappe, the Executive Producer and Showrunner of History’s Unidentified:  Inside America’s UFO Investigation. We discuss their findings at Guadalupe Island and the show’s upcoming coverage of the briefing of Congress and other government leaders on UFOs by Navy UFO witnesses. Lappe also shares his view on the President’s recent comment on UFOs.