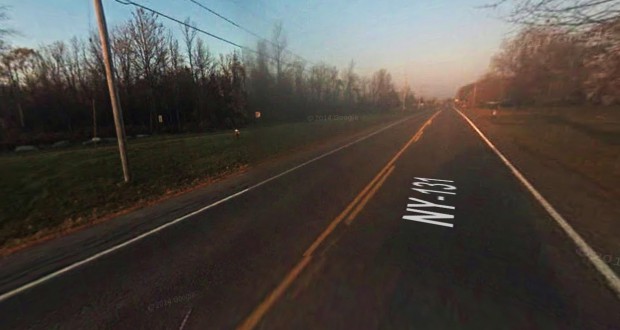 A New York couple at Massena reported watching two orange-red spheres near power lines as they drove eastbound along Route 131 directly behind the Alcoa Plant and parallel to the St. Lawrence Seaway Shipping Canal, according to testimony in Case 64114 from the Mutual UFO Network (MUFON) witness reporting database.

“I observed a solid looking reddish-orange sphere flying above and along power lines that lead directly into Alcoa,” the reporting witness stated. “They originate at the Robert Moses Power Dam that lies east-northeast of Alcoa by about five and-one-half miles.”

The witness noticed the object did not have any lights on it as required for aircraft navigation. 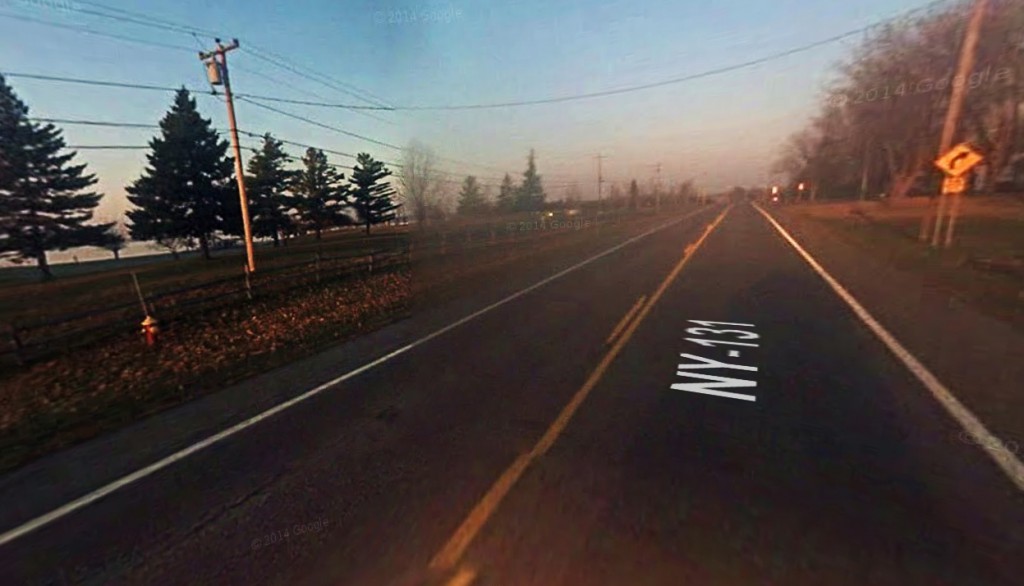 The first sphere crossed Route 131 at right angles to the road and at an elevation of approximately 600 feet. Pictured: Route 131 in Massena, NY. (Credit: Google)

“Upon making this observation and bringing it to my wife’s attention I saw the second sphere following the first on the same flight path. I was nearing a section of the highway that didn’t allow any further observation.”

The couple continued moving east along Route 131 for approximately 200 yards when they observed a sphere.

“I assumed it was the first one, cross Route 131 at right angles to the road and at an elevation of approximately 600 feet. The sphere was larger in diameter due, I assume, to our closer proximity to it. I quickly lost sight of the sphere as trees on the north side of the road blocked our view. I had reached the turn to the south for the Dennison Road and took the turn and stopped.”

The couple then saw the second sphere leaving the proximity of the power lines at a right angle and it seemed to follow the same northerly flight path of the first sphere.

“Again, due to trees we lost sight of the object. I brought the vehicle back on Route 131, traveling east and sped up to allow us a better view to the north. When we reached an overgrown meadow with shorter trees we saw the first sighted object in a stationary position over the Seaway Shipping Canal. As the second object neared the position of the first sphere, the hovering sphere moved off to the north very quickly.”

The witness watched as the first object moved away and could no longer be seen. 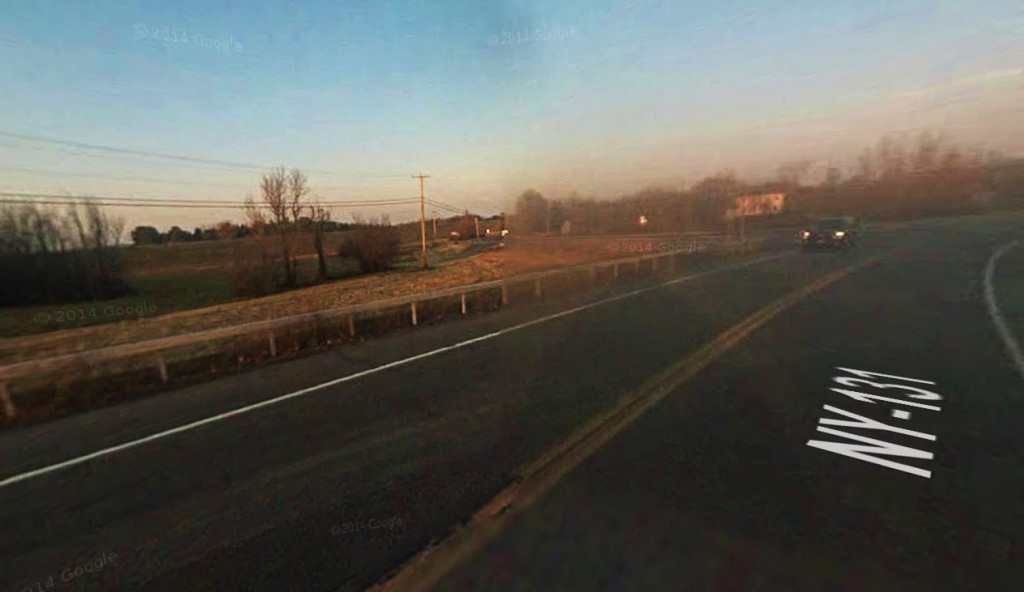 Both objects eventually moved away until they were no longer seen. Pictured: Route 131 in Massena, NY. (Credit: Google)

New York is currently a UFO Alert Level 5 – with 0.41 sightings per million population based on MUFON February 2015 statistics. New York received a total of eight UFO reports in February.