Jean-Claude Van Damme has signed on to play a retired military advisor in an upcoming British sci-fi thriller titled UFO. 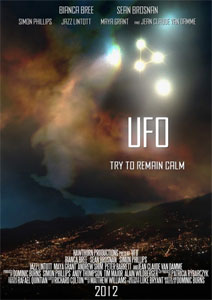 Actor Jean-Claude Van Damme has signed on to play a retired military advisor in an upcoming British sci-fi thriller titled UFO. Van Damme is known for his roles in action-packed, martial arts-heavy movies. His inclusion in UFO is a solid indicator that this movie will include the same.

The Hollywood Reporter explains that the movie “details the story of five friends who wake up on a seemingly normal morning to find the power’s out, there’s no mobile phone reception and the radio can tune nothing but static. Two nights later with little more information a city-sized UFO appears above the town as tension and fear of attack grips the five.” The film’s alien invasion plot sounds similar to many current Hollywood movies and television series.

According to BBC News, the film’s director, Dominic Burns, describes his new film as “Independence Day meets Monsters, told from the point of view of Signs.”

UFO is scheduled to begin shooting in England this week, and producers are hoping for a 2012 release date.