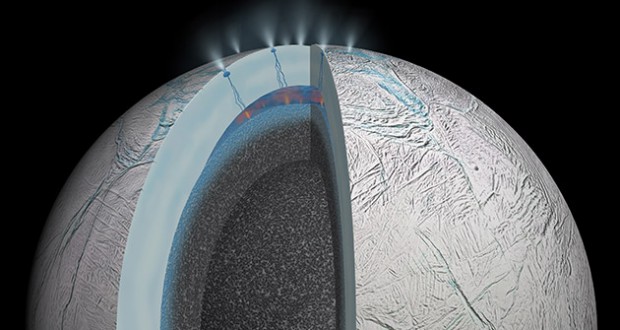 New studies support the possibility of sea life on Enceladus

NASA’s Cassini spacecraft spotted geysers on the surface of Saturn’s moon Enceladus ten years ago. And new research suggests that these geysers are caused by active hydrothermal vents at the bottom of the moon’s ice-covered sea–vents that potentially warm the water to a temperature that could sustain life. 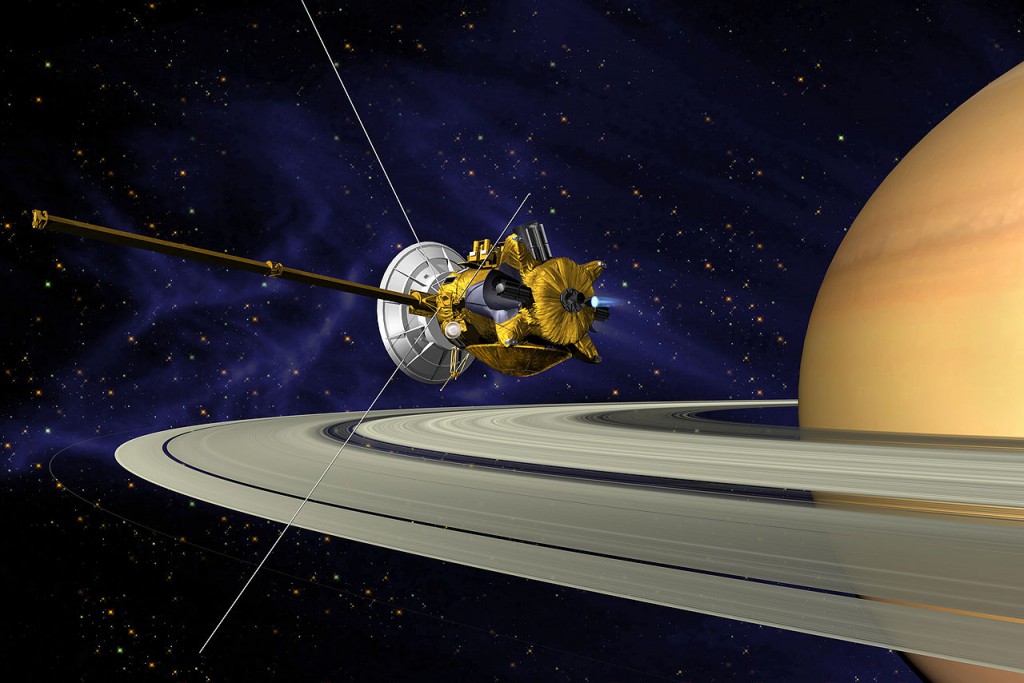 After the geysers were spotted, researchers were able to determine that water ice was being spewed by these geysers. Then, using the Cosmic Dust Analyzer aboard Cassini, scientists concluded that the geyser spray contains ice crystals and fine silica dust. Recent tests reveal that the only way these fine rock particles can form is through a mineral interaction with alkaline water at a temperature of at least 194 degrees Fahrenheit, which also has a salinity of four percent or less. NBC News space writer Alan Boyle points out, “Those just happen to be the conditions that exist at a field of hydrothermal vents on the bottom of the Atlantic Ocean, known as the Lost City, where volcanically heated water makes it possible for weird types of life to survive in a sunless ecosystem.”

Although other processes could explain the geysers observed by Cassini, scientists believe Earthlike volcanic vents are the best explanation. And scientists note that this is the first time active hydrothermal vents have been seen outside of Earth’s seafloor. 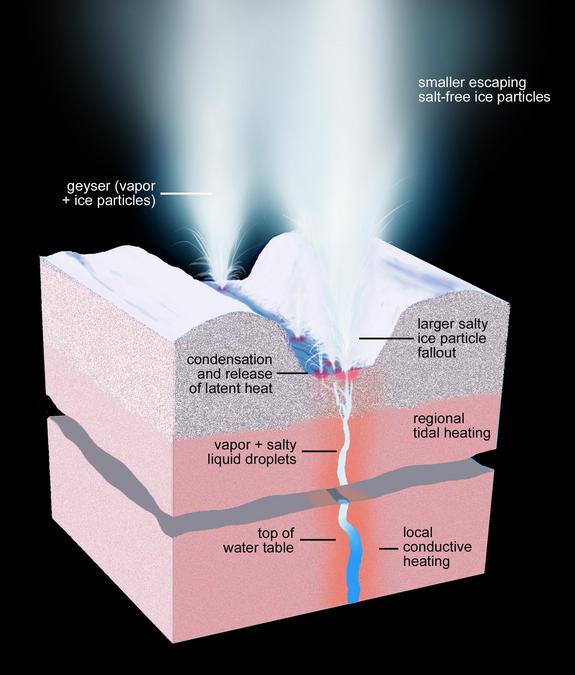 Boyle explains, “The latest findings support the view that Enceladus has the ‘Big Three’ requirements needed for life on Earth: liquid water, the chemical building blocks for organic activity, and an energy source in the form of hydrothermal heat.”

Scientists are excited for future missions to Enceladus to better determine if the moon’s sea does, indeed, harbor life. Cassini will sample the moon’s water plumes again in October. But, unfortunately, the spacecraft doesn’t have the necessary instruments to detect life. And, it will likely be a while before any subsequent mission to Enceladus is realized. NASA’s priority is Jupiter’s moon Europa–another moon that may be home to extraterrestrial life.