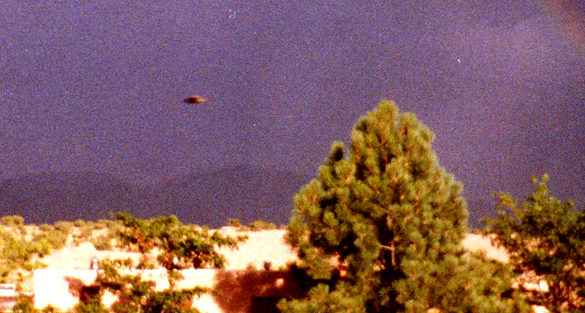 A New Mexico witness in Santa Fe County recalls a UFO event from 1995 when a disc-shaped UFO was caught on camera, according to testimony in Case 75628 from the Mutual UFO Network (MUFON) witness reporting database.

The witness was taking photos of a double rainbow just after a thunderstorm on August 15, 1995. 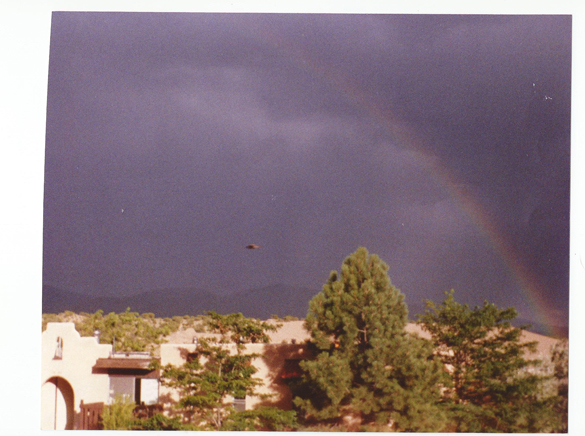 “I took several photos, about six,” the witness stated. “I was directly across the street from the National Cemetery. I did not notice the object when photographed.”

The witness then took the film to be developed at the Fox one-hour kiosk in Albuquerque, New Mexico.

The witness stated that he also received a warning.

“They told me not to show it to people, because I could get into trouble.”

But that warning did not stop the witness from attempting to get more opinions. 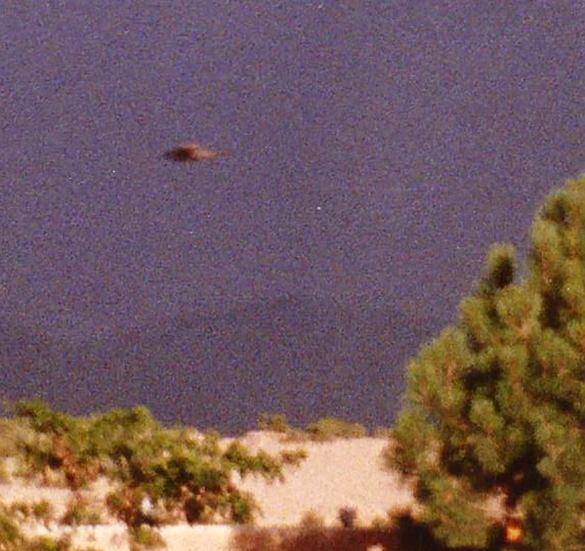 “I went to Kirtland Air Force Base where a friend of mine was a helicopter mechanic. I showed the picture to some pilots. They became very angry with me and told me to get the hell off the base, and that if I ever came back there again, they would report me to base security. One pilot told me that I was a trouble maker, and that he was going to inform base security of my address and have me put in jail. I did not go to jail, and no one ever contacted me about the photograph.”

About two weeks later, the witness stated that he gave the photograph, the original, to a man named Dr. Greer. 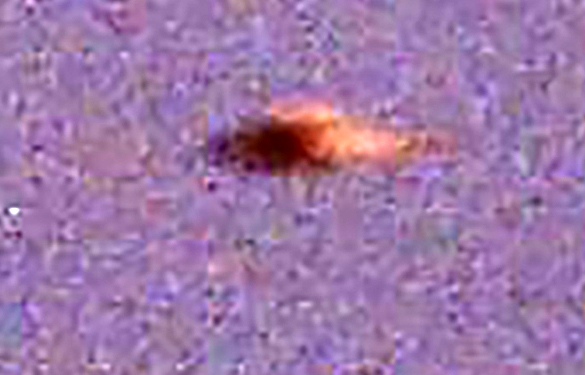 “He told me that he had friends in the area that would examine the photo and that he would contact me in about two weeks to tell me about what it was. I never heard back from Dr. Greer. In the past years I have attempted to contact Dr. Greer, but he has never returned my phone calls. I also sent a copy to a man, Stanton Freidman. He told me that the photo was interesting.”

New Mexico State Section Director David Hillendahl is investigating. Please remember that most UFO sightings can be explained as something natural or man-made. The above quotes were edited for clarity. Please report UFO activity to MUFON.com.